Three of Michael Jackson's songs were removed from streaming services due to rumours that the songs may contain vocals not recorded by Jackson. Breaking News, Monster and Keep Your Head Up were the songs removed. 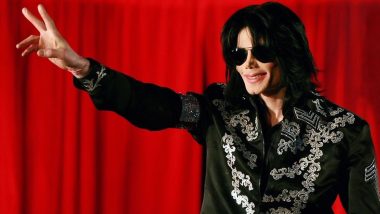 Three songs from Michael, a posthumous 2010 compilation, have been removed from streaming services amid ongoing suspicions that they contain forgeries of late pop icon Michael Jackson's vocals. According to Billboard, "The Estate of Michael Jackson and Sony Music decided to remove the tracks "Breaking News", "Monster", and "Keep Your Head Up", from the 2010 album Michael as the simplest and best way to move beyond the conversation associated with these tracks once and for all," said Sony Music and the Jackson estate in a statement on Tuesday, July 5. Graham King to Produce Biopic on Late Pop Legend Michael Jackson, Lionsgate to Distribute the Film.

The statement did not address persistent rumours that the songs may contain vocals not recorded by Jackson, who died in 2009. "The focus remains where it belongs -- on the exciting news and existing projects celebrating Michael Jackson's legacy, including the Tony-winning Broadway musical MJ, the enormously popular Michael Jackson-ONE show in Las Vegas, an upcoming biopic, and the campaign to commemorate the 40th anniversary of Thriller, the best-selling album in history, in November," the statement continued.

"The album's remaining tracks remain available. Nothing should be read into this action concerning the authenticity of the tracks - it is just time to move beyond the distraction surrounding them," it concluded.

In 2014, a fan attempted to lead a class-action suit alleging that Michael amounted to a misrepresentation punishable under California's Unfair Competition Law and the Consumers Legal Remedies Act based on the suspicion that the King of Pop was not the lead singer on the tracks, which are believed to have been recorded two years before Jackson's death. Michael Jackson Birth Anniversary: When Hrithik Roshan, Tiger Shroff, Johnny Lever Paid Tribute to the King of Pop.

The appeals court noted in its decision that neither the administrators of Michael Jackson's estate nor Sony recorded the songs themselves and thus could not comment on who participated in the vocal sessions.