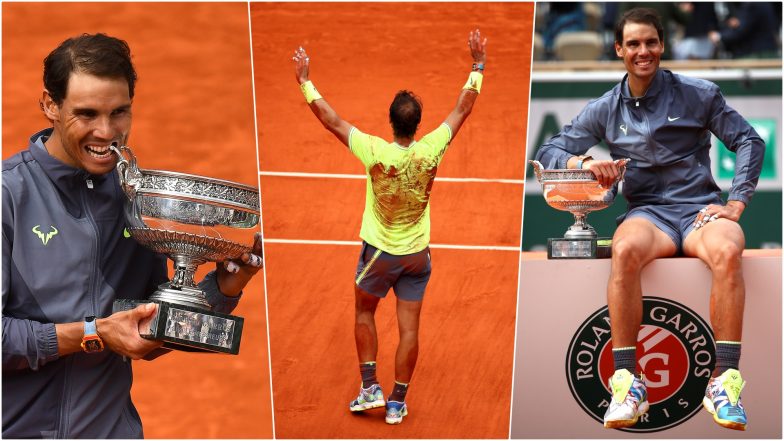 Paris, June 9 (AFP): Rafael Nadal swept to a historic 12th Roland Garros title and 18th Grand Slam crown on Sunday with a 6-3, 5-7, 6-1, 6-1 victory over Austria's Dominic Thiem. The 33-year-old Spaniard becomes the first player, man or woman, to win the same Slam 12 times after seeing off a brave challenge from a weary Thiem in a repeat of the 2018 final. Nadal is now just two behind Roger Federer's all-time record of 20 majors and three ahead of Novak Djokovic who was knocked out by Thiem in the semi-finals. Rafael Nadal Wins 12th French Open Title, Twitter Hails King of Clay As Spaniard Conquers Roland Garros 2019.

The world number two also took his Paris record to an astonishing 93 wins and just two losses having previously won the title in 2005-2008, 2010-2014, 2017 and 2018. Sunday's triumph confirmed the 'Big Three' stranglehold on the Grand Slams having shared the last 10 between them. It also gave Nadal an 82nd career title and 950th match win.

In a 53-minute first set of brutal hitting and raw physicality, it was Thiem who broke first for a 3-2 lead. But the 25-year-old's joy was short-lived as Nadal retrieved the break in the sixth game before racing away with the next three games to pocket the opener. Rafael Nadal Wins French Open 2019, Beats Dominic Thiem 6-3, 5-7, 1-6, 6-1 to Claim 12th Title at Roland Garros, 18th Overall Major.

Thiem, who had beaten his opponent four times on clay in his career, failed to claim a single point off Nadal's first five service games of the second set. However, the dogged Austrian pushed and pushed, forced Nadal into three rushed groundstrokes and, from nowhere, broke to take the second set. 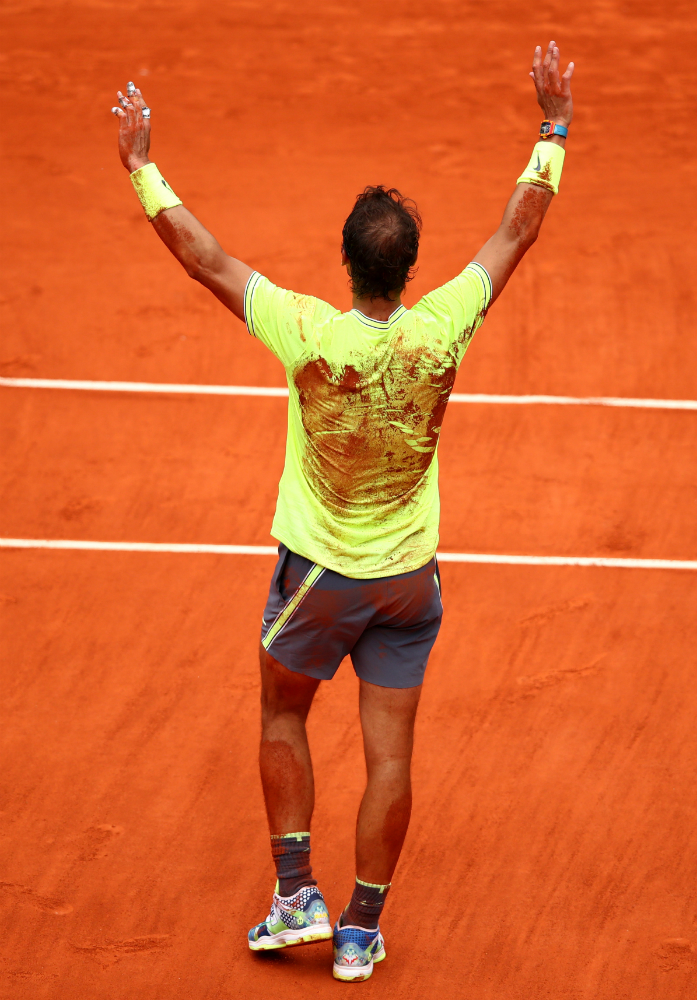 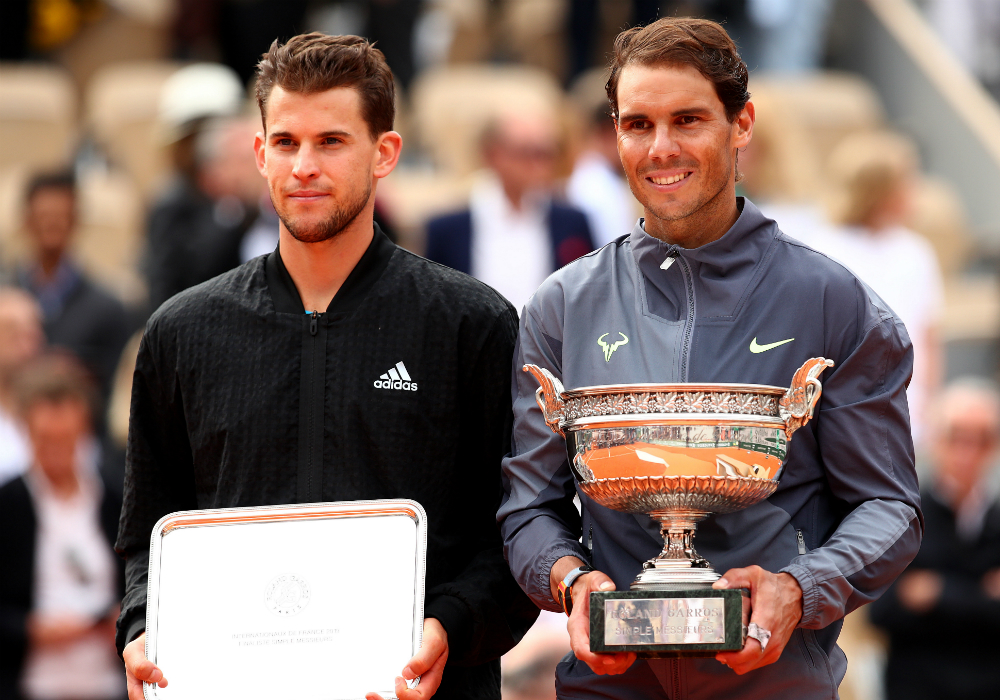 It was the first set he had managed to take off Nadal at Roland Garros after three previous defeats. Nadal was riled by the insult. He swept the first 10 points of the third set, carving out a double break for 3-0 before sweeping to a third break for the set. 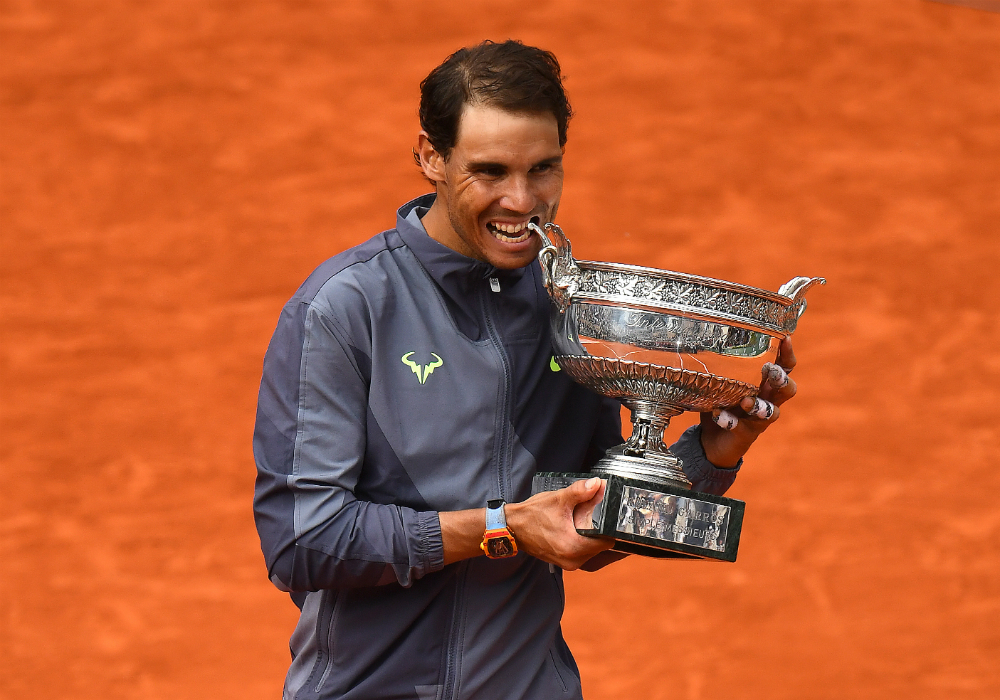 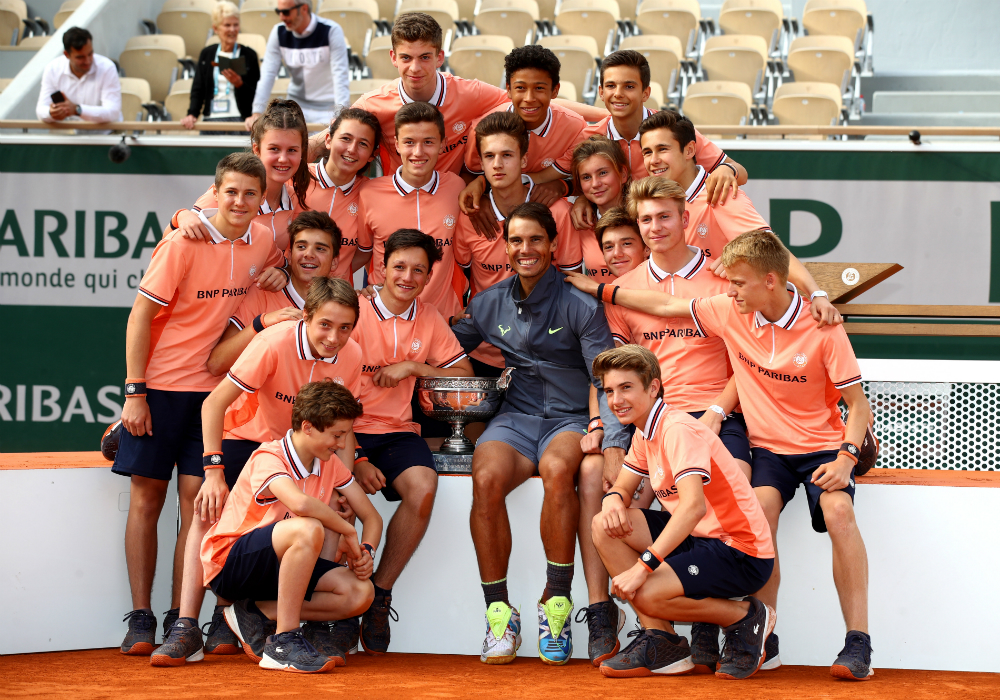 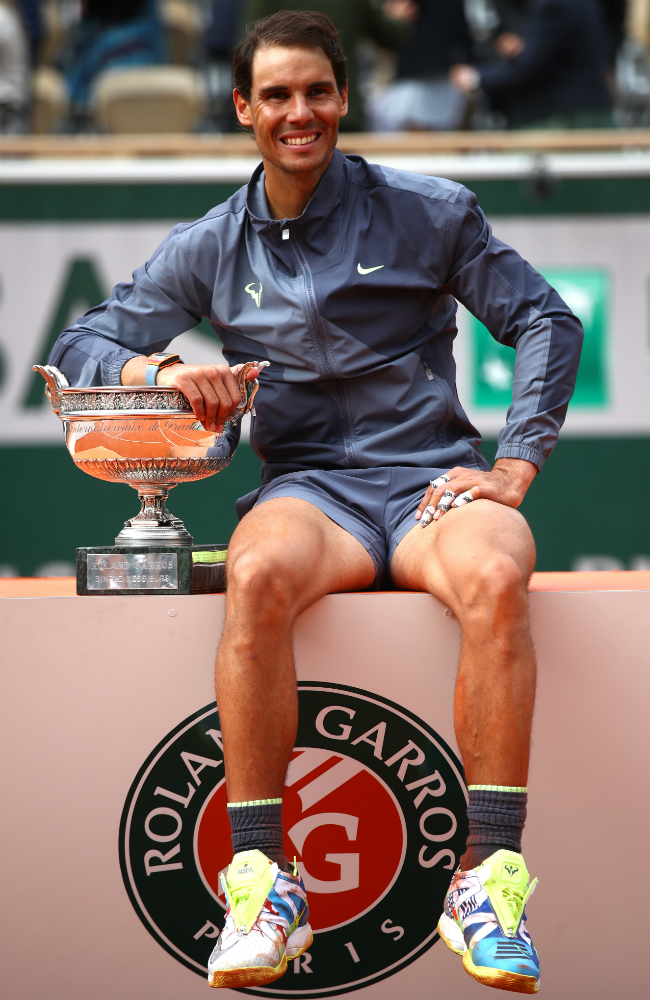 Thiem, bidding to become just Austria's second Grand Slam champion after Thomas Muster won in Paris in 1995, had played four successive days to reach Sunday's final and the toll was slowly telling. He wasted break points in the first and third games of the fourth set and Nadal pounced to stretch to 3-0. That was soon 5-1 and the relentless barrage continued with Nadal taking the title on a second match point when Thiem fired a return long. AFP