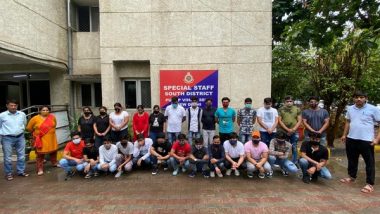 Police were acting on a tip-off that an illegal call centre was being run in Sultanpur, Mandi Road, Delhi in the PS FPB area. Gurugram: 3 Arrested from Fake Call Centre for Duping US Citizens.

"Mobile phones were recovered from the possession accused persons, which contained various US mobiles numbers in a Whatsapp group," police added.

On average, they used to cheat over six US citizens in a day. So far they have cheated overs Rsa 4 crores this fake call center has been running for the last seven months, the police added.

Further investigation is in progress.