Get latest articles and stories on India at LatestLY. Kerala High Court on Saturday ordered the handover of the mobile phones used by Malayalam actor Dileep and other accused in a case allegedly threatening the investigating officials probing the 2017 actress assault. 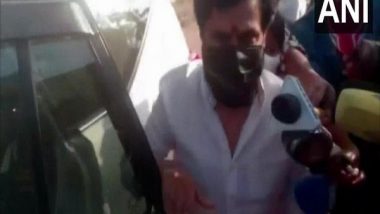 Court ordered them to hand over the phones to the registrar general of the High Court in a sealed packet before 10.15 am on Monday.

The Single Judge Bench of Justice P Gopinath said, "If the accused wants to go to the Supreme Court then they can."

When the accused refused to hand over the mobile phones, the Court said, "If you object to hand over your phone, a rape accused can say tomorrow that he will not give a potency test."

The application seeking to hand over the phones used by the accused was moved by Additional Public Prosecutor P Narayanan with Director General of Prosecution TA Shaji against the anticipatory bail plea filed by Dileep and others.

In the application, the prosecution has accused actor Dileep and others of attempting to destroy critical evidence. It also informed the Court that Dileep and other accused refused to hand over the mobile phones which were used by them.

The prosecution further said, "Petitioners are demonstrably not co-operating with the investigation as directed by this Honourable Court in the order dated January 22, 2022, and for that reason alone the protection granted to the petitioners is liable to be revoked."

Crime Branch of Kerala Police registered this case against Dileep and five others on January 9 for allegedly threatening the investigating officials. Dileep is named as the first accused in the FIR. Anoop, who is Dileep's brother, and Suraj, Dileep's brother-in-law are the second and third accused. Appu, Babu Chengamanad are the other accused. One more accused is yet to be identified.

Dileep is also the eighth accused in the actress assault case for alleged conspiracy. The case pertains that an actress who worked in Malayalam, Tamil, and Telugu films was allegedly abducted and molested inside a car by a group of men who had forced their way into the vehicle on the night of February 17, 2017. (ANI)