The cyclonic storm Gulab is likely to reach the West Bengal coast around September 29, director of IMD Kolkata GK Das informed on Saturday. 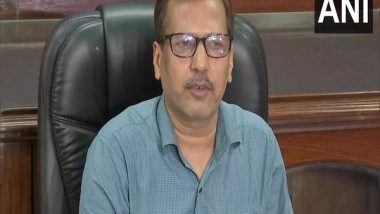 "A cyclonic circulation is likely to form over the northeast and adjoining the East-central Bay of Bengal. In the subsequent 24 hours, it will be a low-pressure area and likely to reach the West Bengal coast around September 29," he said.

Warnings have been issued in parts of southern Odisha that are likely to be heavily affected by the cyclonic storm Gulab.

Earlier, yesterday the IMD informed that the deep depression over northwest and adjoining west-central Bay of Bengal has moved nearly westwards and has intensified into Cyclonic Storm Gulab.

According to the National Disaster Response Force, 13 teams (24 sub-teams) have been deployed in Odisha and five in Andhra Pradesh.