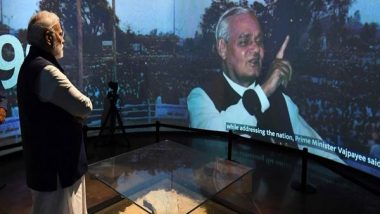 Within two months of opening, the Sangrahalaya has been visited by important dignitaries including Ram Nath Kovind, President of India; M Venkaiah Naidu, Vice President; Chief Justice of India; Speaker, Lok Sabha; Members of the Union Council of Ministers; Governors of various states; Chief Ministers; judges of the Supreme Court; Chief Justices of High Courts; and Lieutenant Governors and Administrators of Union Territories.

The visitors come from diverse sections of society and from all age groups. Family groups, tourist groups, young adults, people with special needs, and school/college groups frequent the Sangrahalaya. Interactive features of the Museum like a picture/walk with one's favourite Prime Minister and the helicopter ride have witnessed tremendous interest and been overbooked almost every day.

The Sangrahalaya is a tribute to every Prime Minister of India, and a narrative record of how each one has contributed to the development of our nation over the last 75 years. Visitors are acquainted with India's unique journey as a parliamentary democracy through the lives of its Prime Ministers, who came from every class and tier of society, for the gates of democracy are open to all.

The logo of the Sangrahalaya signifying the rising hands of the people of India holding the Dharma Chakra also been highly appreciated as a design concept. The levitating national emblem at the reception has gained special popularity.

In feedback surveys, the vast majority described their visit as a memorable experience. Many have drawn parallels with some of the most popular international museums. On being asked what brought them to the Sangrahalaya, most responded that they want to know more about the lives and contributions of our Prime Ministers and through them the history of India after Independence.

Visitors, especially college goers, have found that the archival documents, correspondence, newspapers, and historical photographs opened for them a storehouse of authentic knowledge. The archival newspapers presented in the digital, as well as physical format covering various important events in the lives of Prime Ministers, especially attract visitors, many of whom are old enough to recall those newspaper headlines.

Sangrahalaya has used only original pictures and videos and this has lent greater authenticity to the story it tells, and has received unanimous praise. The objectivity with which the lives and tenures of Prime Ministers have been exhibited is recognized by all. The seamless integration of technology with content has made the Sangrahalaya both educative and inspirational for people, especially for the young, who take great interest in technological interfaces installed here. The personal belongings of Prime Ministers kept in the Sangrahalaya also greatly attract the visitors. The Sangrahalaya fulfils a need felt by people for long of knowing the history of contemporary India, and of the political leadership of the country.

The Sangrahalaya would also announce shortly the inauguration of a high-tech light and sound show on India's successful space programme. (ANI)