The Tirumala Tirupati Devasthanams (TTD) on Wednesday denied any link to the human hair seized by the Assam Rifles on the Mizoram-Myanmar border and said cases are filed under false propaganda against TTD. 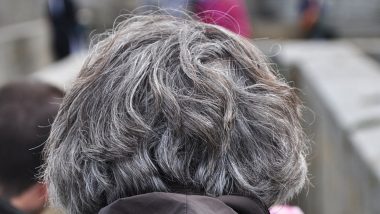 Tirumala, March 31: The Tirumala Tirupati Devasthanams (TTD) on Wednesday denied any link to the human hair seized by the Assam Rifles on the Mizoram-Myanmar border and said cases are filed under false propaganda against TTD. Taking strong exception to the reports that appeared in a section of media that Rs. 18.17 lakh worth of human hair seized by the military belonged to the TTD, the TTD Additional Executive Officer, Dharma Reddy held a press meet over illegal transport of hair at the Myanmar border. Human Hair Being Smuggled to China Via Myanmar by Chinese, Indian Traders Alert DRI.

"Some people are spreading false propaganda in social media regarding the hair collected at the temple are sold. Hindus all over the world consider Tirumala as the spiritual capital of Hindus. It is not correct to make unnecessary false publicity on TTD," Reddy said. Customs officers seized human hair at the Myanmar border, however, the TTD name is not mentioned in that list. Sandalwood Oil Can Increase Hair Growth Because Your Follicles Can ‘Smell’ Its Scent, Says Study.

"The customs officials announced that they have seized Rs 18.17 lakh worth of unprocessed hair. But TTD will not sell unprocessed hair at all. The hair offered by devotees will be shifted from Tirumala to Tirupati amid tight security. There is no chance of taking even a single strand of hair outside. But some media channels are blaming TTD employees to gain cheap publicity," said Reddy.

"TTD employees are pained by such malicious propaganda," he added.

All human hair collected at the temple is sold on the e-auction platform quarterly to the eligible bidders after deducting the prescribed GST and that is a routine process. Once the auction process is completed, the TTD has no role in the stocks disposed thereof. There are many temples in the country that sell human hair, the TTD clarified. The tradition of donating hair in Tirupati Balaji is quite old. According to Hindu belief, donations are done so that Lord Venkateswara can repay the loan taken from Kubera.

The hair collected in Tirumala is cleaned and dried at controlled temperatures and stored in categorised bins at a TTD warehouse in Tirupati. It is broadly divided into six grades depending on the length and texture and then sold on the e-auction platform quarterly to the eligible bidders after deducting the prescribed GST.