Indian exporters and processors of human hair have accused Chinese nationals of smuggling human hair from Hyderabad to China, via Myanmar. 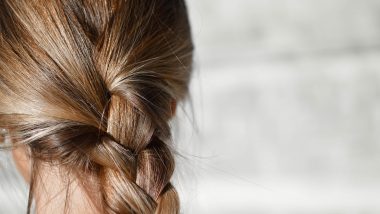 Hyderabad, April 6: Indian exporters and processors of human hair have accused Chinese nationals of smuggling human hair from Hyderabad to China, via Myanmar. According to a report, Indian exporters and processors have written to the Directorate of Revenue Intelligence (DRI) alleging that Chinese nationals were carrying out illegal trade of human hair by under-invoicing hair and smuggling it from Hyderabad to China. Tonsured Hair Seized at Myanmar Border, Tirumala Temple Denies Connection.

In a letter to DRI, Human Hair and Hair Products Manufacturers and Exporters Association of India stated: "Chinese and Korean factories have been importing semi processed hair legally from India. China gives an export incentive of 9% if the locally available Chinese hair is used. Some unscrupulous Chinese nationals figured out ways to smuggle raw hair from Myanmar borders." Sandalwood Oil Can Increase Hair Growth Because Your Follicles Can ‘Smell’ Its Scent, Says Study.

Human hair, collected from temples and church shrines, is sold in auction in Andhra Pradesh and Telangana. In addition, raw hair (goli) is collected from domestic households and saloons. Between April 2020 and November 2020, raw human hair worth Rs 33 crore was exported, a TOI report said. It is suspected that the actual worth of the total export would be 25 times more than the invoiced quantity.

Meanwhile, the Kolkata customs department has sent an alert to Hyderabad and other zones stating: "It has come to notice that certain exporters are artificially decreasing value of export consignments of human hair (goli/thutthi/choti) to Myanmar, Bangladesh and Vietnam." The illegal trade of human hair by under-invoicing is done to evade import duty in China and Myanmar.

"The objective is to under report foreign exchange to escape FEMA compliance and income tax and also to smuggle Indian origin human hair to China via land routes to escape close to 28% Chinese import duty," the note says.

(The above story first appeared on LatestLY on Apr 06, 2021 01:12 PM IST. For more news and updates on politics, world, sports, entertainment and lifestyle, log on to our website latestly.com).