Get latest articles and stories on Lifestyle at LatestLY. According to new Cornell University research, women feel more frustrated than men by the gendered expectations placed on them at work, even when those expectations appear to signal women's virtues and are seen as important for workplace advancement. 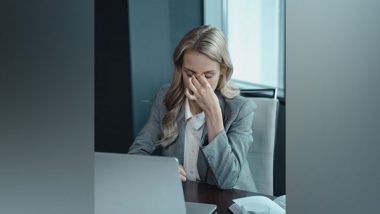 Washington [US], May 30 (ANI): According to new Cornell University research, women feel more frustrated than men by the gendered expectations placed on them at work, even when those expectations appear to signal women's virtues and are seen as important for workplace advancement.

The research was published in the Journal of Personality and Social Psychology.

Both women and men face gendered pressures at work. While men are expected to display independent qualities, like being assertive, women are expected to display communal qualities, like being collaborative, prior research shows. Recent polling reveals that beliefs that women possess positive communal qualities are on the rise in the U.S., and ILR School research has found that women themselves view qualities like collaborativeness and skill at interaction as relevant to success and advancement at work.

Still, when women and men are faced with positive gendered stereotypes, women experience more frustration and less motivation to comply with the expectation than men, according to Devon Proudfoot, assistant professor of human resource studies in the ILR School and co-author of "Communal Expectations Conflict With Autonomy Motives: The Western Drive for Autonomy Shapes Women's Negative Responses to Positive Gender Stereotypes."

"We find that one reason why women feel more frustrated than men by these positive gendered expectations is that women and men face gender stereotypes that differ in the extent to which they affirm a sense of autonomy," Proudfoot said. "In the Western world, people tend to strive to maintain an autonomous sense of self. But while Western society is subtly communicating that an ideal self is an autonomous, independent self, society is also telling women that they should be interdependent and connected to others. We find that this conflict helps explain women's frustration toward the positive gender stereotypes they experience."

In the paper, Proudfoot and her co-author, Aaron Kay of Duke University, examined how women feel about positive gendered stereotypes in the U.S., a Western individualistic culture. Further, the duo engaged in cross-cultural comparison, finding that women in a non-Western collectivistic culture, in this case, India, do not feel the same resentment.

"Our findings provide initial evidence that culture influences the way that women and men respond to gender stereotypes," Proudfoot said. "We show that it's the interaction between cultural models of ideal selfhood and the expectations placed on women and men that shape how women and men experience gendered pressures."

Proudfoot, whose work often examines stereotyping and discrimination, as well as what motivates employee attitudes and behaviour, led participants through five studies to gauge their reactions to positive gender stereotypes. The centrepiece of each study focused on personal experience and how the participant felt as a result.

To further examine their theory, Proudfoot and Kay compared women and men in the U.S. with women and men in India, a country that has a collectivistic culture in which people tend to strive for social connection and interdependence with others. They found that women in India did not experience the same feelings of anger and frustration, as the positive gender stereotypes align with cultural goals.

"What I find interesting is thinking how these Western cultural ideals around autonomy and independence intersect with gender and gendered expectations," Proudfoot said. "Our research considers how people's experiences of gendered trait expectations are dependent on the cultural context they grew up in and the ideal model of self-promoted by that culture."

The research suggests that complimenting women employees for being collaborative or socially skilled could backfire, she said.

"Reinforcing these types of gender stereotypes could have negative emotional and motivational consequences for women in the workplace," Proudfoot said. (ANI)