Get latest articles and stories on Lifestyle at LatestLY. During Navratri, we worship the nine avatars of Goddess Durga. This Navratri, let's inculcate the motive of Navratri -- celebration and recognition of the power of women, by saluting some brilliant, powerful women of the country. 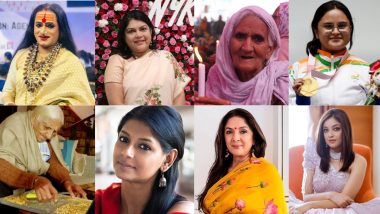 New Delhi, October 6: During Navratri, we worship the nine avatars of Goddess Durga. This Navratri, let's inculcate the motive of Navratri -- celebration and recognition of the power of women, by saluting some brilliant, powerful women of the country. Avani won the gold in the 10m air rifle SH1 event and bronze in the Women's 50m air rifle 3 positions SH1 event. With two medals at Tokyo 2020, the 19-year-old shooter, competing in her debut Games, became the first Indian woman to win multiple medals at the Paralympic Games.

The gold she bagged was also the first-ever shooting medal that India had won in the Tokyo 2020 Paralympic Games.

Avani had sustained spinal cord injuries in a car accident in 2012. Inspired by Indian shooter Abhinav Bindra and encouraged by her father, she began shooting in 2015.

"This win is not just for me, but for all of us who dare to dream. And, just like that dreams do come true," she wrote on her Instagram handle. 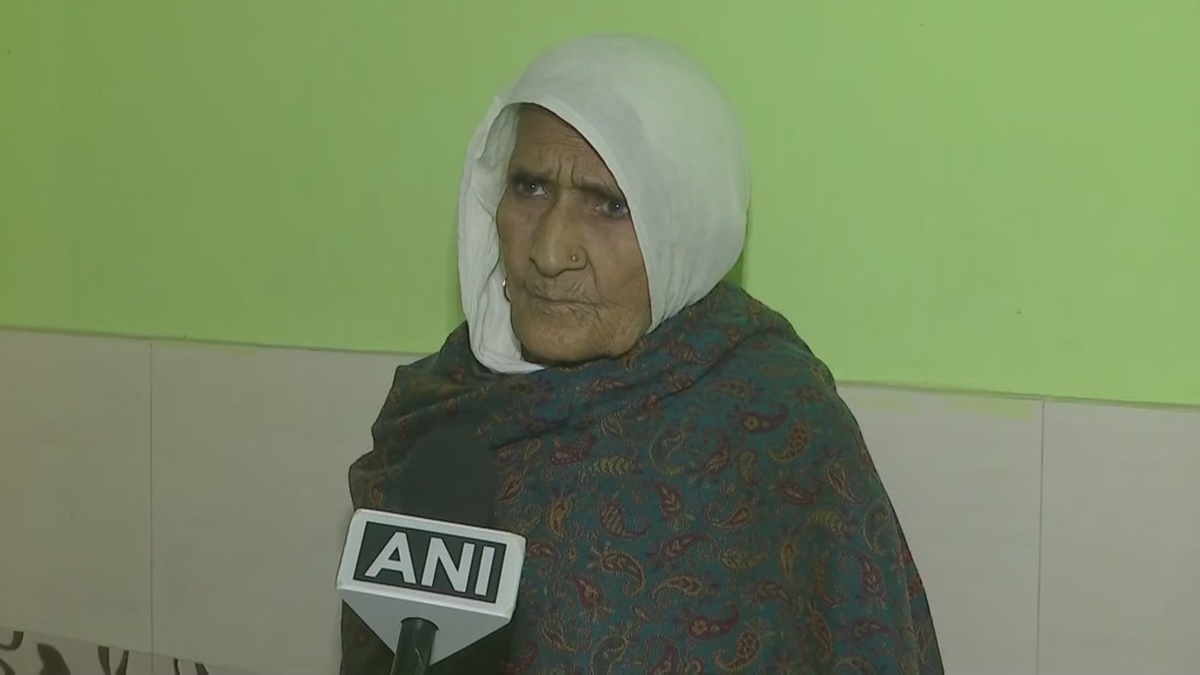 Even in the coldest winter of Delhi, 82-year-old Bilkis sat with hundreds of women at the national capital's Shaheen Bagh anti-CAA/NRC sit-in protest for over three months.

Within days, Bilkis and the other elderly women who participated in the protest became the symbol of resistance and hope, fondly known as the "Dadis of Shaheen Bagh."

Their resilience was captured in songs, poems, slogans and graffiti. Bilkis became the symbol of resistance for women and minorities.

The Shaheen Bagh protest went on for 101 days and was cleared by the Delhi Police on March 24 in the wake of the coronavirus pandemic.

"Hum awaaz uthayenge...sarkar humari baat sune aur humari maang usse puri kare, hum uth jayenge," she told ANI. (We will raise our voice. The Government should listen to us and fulfil our demand, then we will leave). 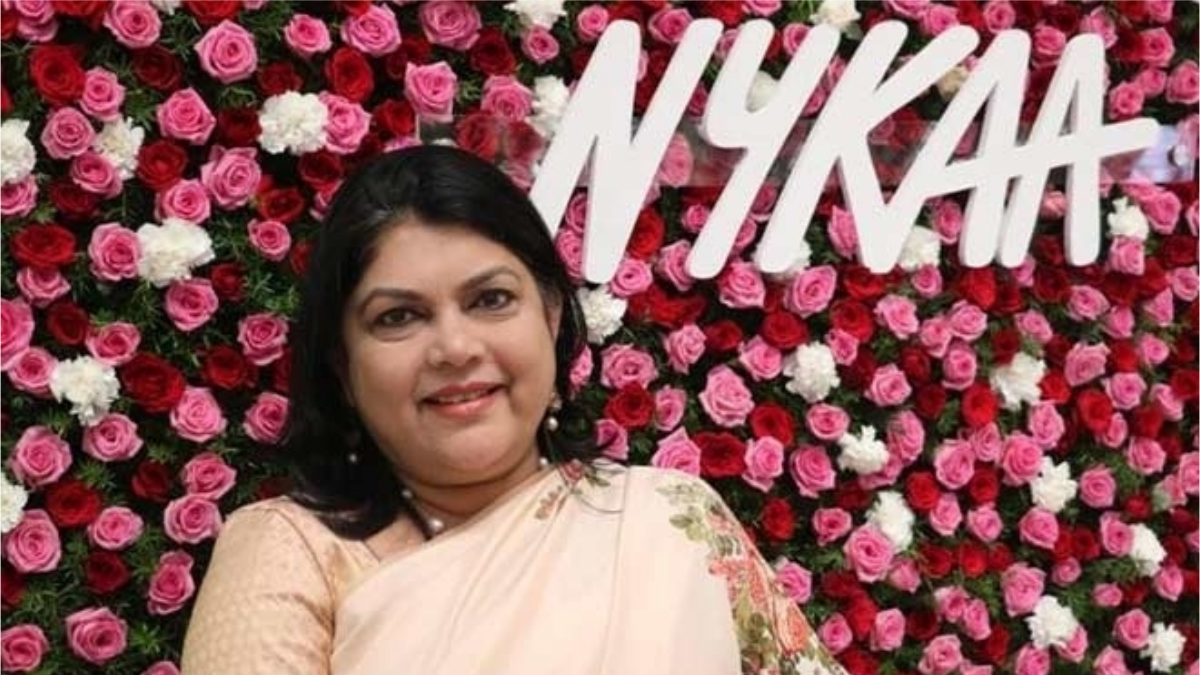 Falguni, the founder and CEO of Nykaa, quit her 25-year career in finance to chase her dream of building India's premier online retailer for beauty and wellness.

With a start in early 2012, Nykaa launched its online portal Nykaa.com. Within a short span of 18 months, Nykaa became India's no. 1 online destination for beauty products.

The start-up is preparing for an IPO, which if goes as planned, will make Nykaa India's first women-led unicorn to go public.

"Our message, the meaning of Nykaa itself, is to put women at the centre and empower them with choice and information," she spoke in an award acceptance speech. Harbhajan Kaur has always been passionate about cooking and feeding people. At the age of 90, she expressed the desire to start something of her own.

She set up a stall at a local weekend market in Chandigarh in 2016 and began to sell barfis.

Then one day through social media, her small business received overnight recognition.

In March, due to the lockdown, a lot of people wanted to order home-cooked food, which increased the orders she received. She is now not just a thriving entrepreneur but also an Instagram star with over 12,000 followers on the platform.

"I've never felt the urge to give up and sit back," she said in her Instagram post. 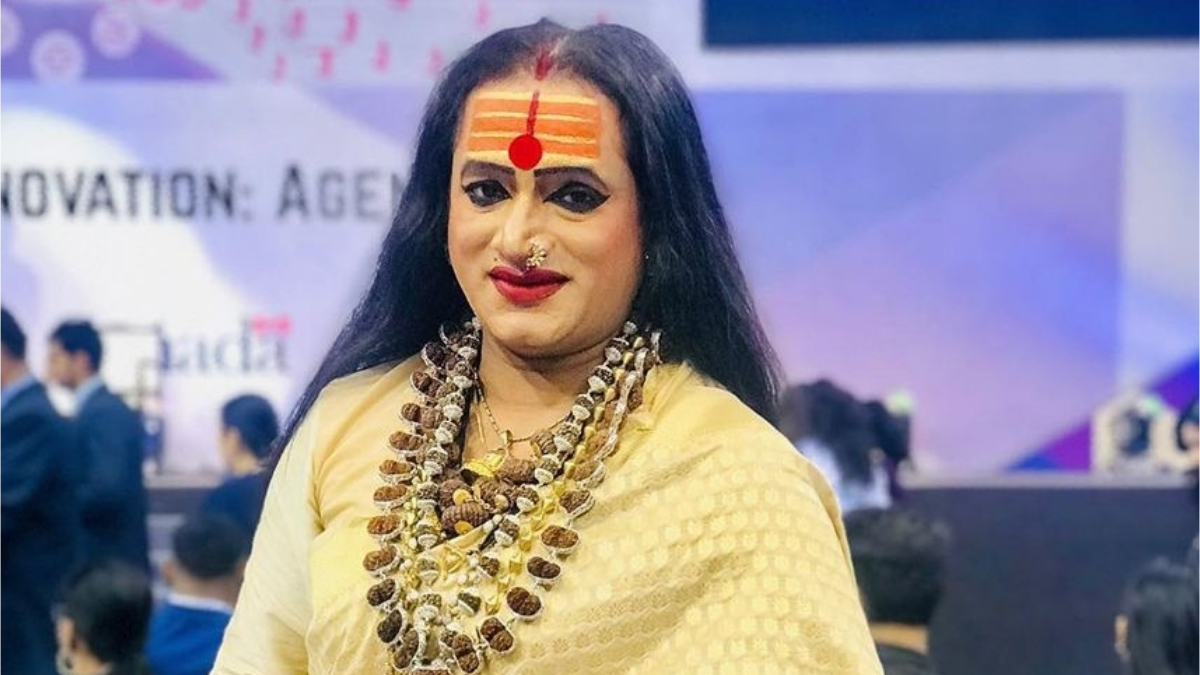 Laxmi Narayan Tripathi is the Acharya Mahamandaleshwar of the Kinaar Akhada, a transgender rights activist, dancer and actor.

Born in 1979 in Thane, Mumbai, Laxmi has had a difficult childhood scarred with abuse by a close relative and was bullied at school for being feminine.

Now, she is a leading voice of change for the transgender movement and has provided trans representation internationally.

She was one of several petitioners in the Supreme Court's landmark judgment recognising the 'third gender' in 2014.

An advocate of self-love, she became famous across the country when she appeared on the reality TV show 'Bigg Boss' in 2011.

"Hallelujah, I was never different. This is the way I was, I was as normal as any man or woman," she spoke in her 2017 TED Talk. 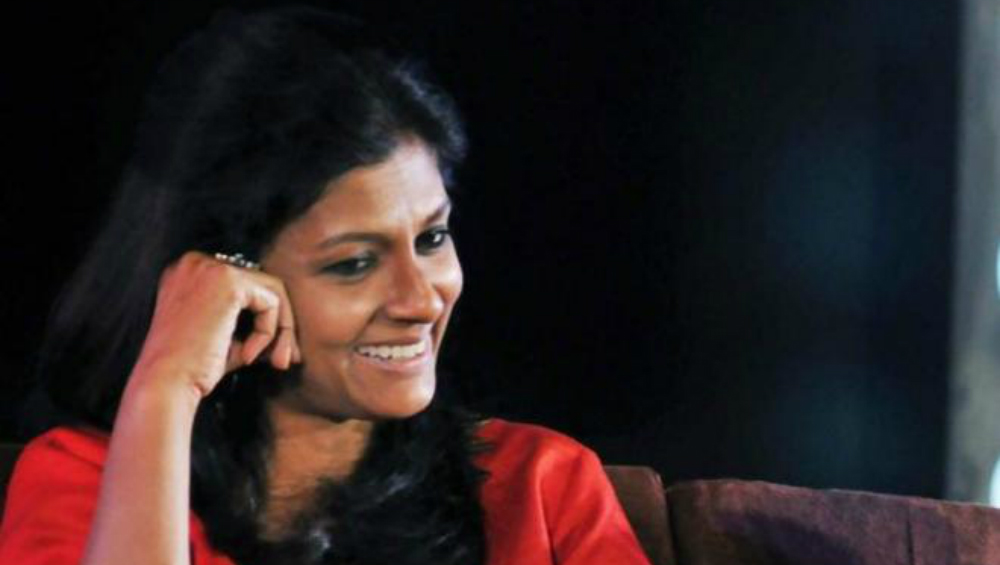 A prominent actor and director, Nandita Das has focused on bold characters and does not shy away from controversial subjects in her movies.

Her first film was 'Fire' (1996), which explored the subject of homosexuality at a time when it was a criminal offence.

In 2008, she made her debut as a director with the hard-hitting 'Firaaq'. A decade later, Das made 'Manto', a biopic of Urdu writer Saadat Hasan Manto.

The critically-acclaimed artist has also launched India's Got Colour campaign -- an initiative aimed at addressing the deep-rooted colour bias in the country.

"So happy that more and more women are taking up important roles behind the camera," she wrote in her Instagram post. 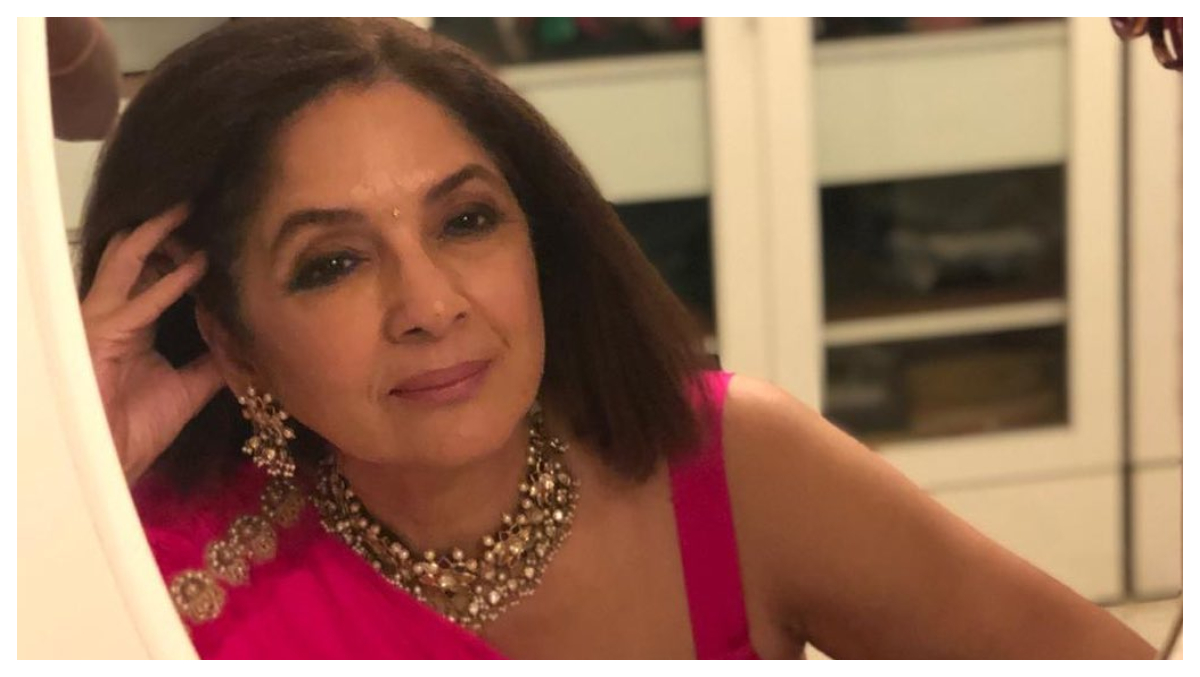 Neena Gupta is known for making bold choices, not only in professional but in personal life as well.

Neena was way ahead of her time when she took the bold decision to go ahead with her pregnancy with one of the world's finest cricketers, Vivian Richards, without getting married.

In 2017, she shook the internet when she took to Instagram asking for work.

"I live in Mumbai and working am a good actor looking fr good parts to play," she wrote.

It is after this that we saw her in another bold role, as a middle-aged pregnant woman in 'Badhaai Ho'.

Then, her career took flight once again. She was recently seen in the hit show 'Masaba Masaba' and film 'Dial 100'. Neena has also recently published her autobiography titled 'Sach Kahun Toh' which has become a national bestseller. 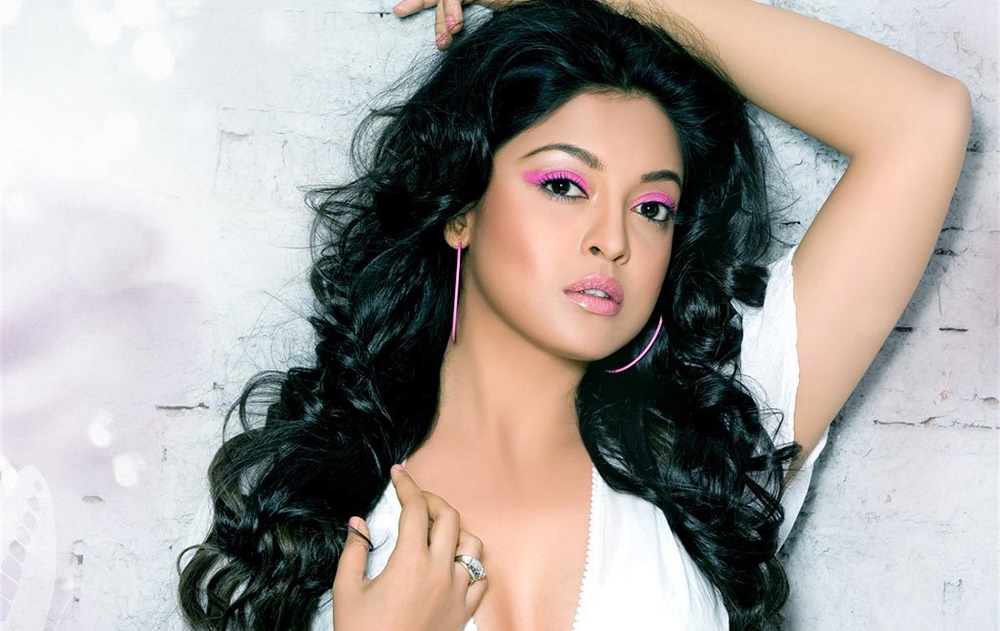 Actor Tanushree Dutta will be remembered for spearheading India's #MeToo movement in 2018 and helping to bring reform in Bollywood, media, politics, and the workspace in general.

She had to move out of the film industry in India after the alleged harassment incident post which she tried to establish herself in the US.

"If you try to regain your strength they will label you as arrogant or delusional...if you try to escape this dynamic and go off-grid then you risk being called a loser and failure," an excerpt from her Instagram post read.

The final one is not to be named, for it is meant for all women in this country, who are powerful, strong, beautiful, kind, courageous and what not! We are the shakti and this Navratri 2021, let's celebrate and appreciate our amazing selves.