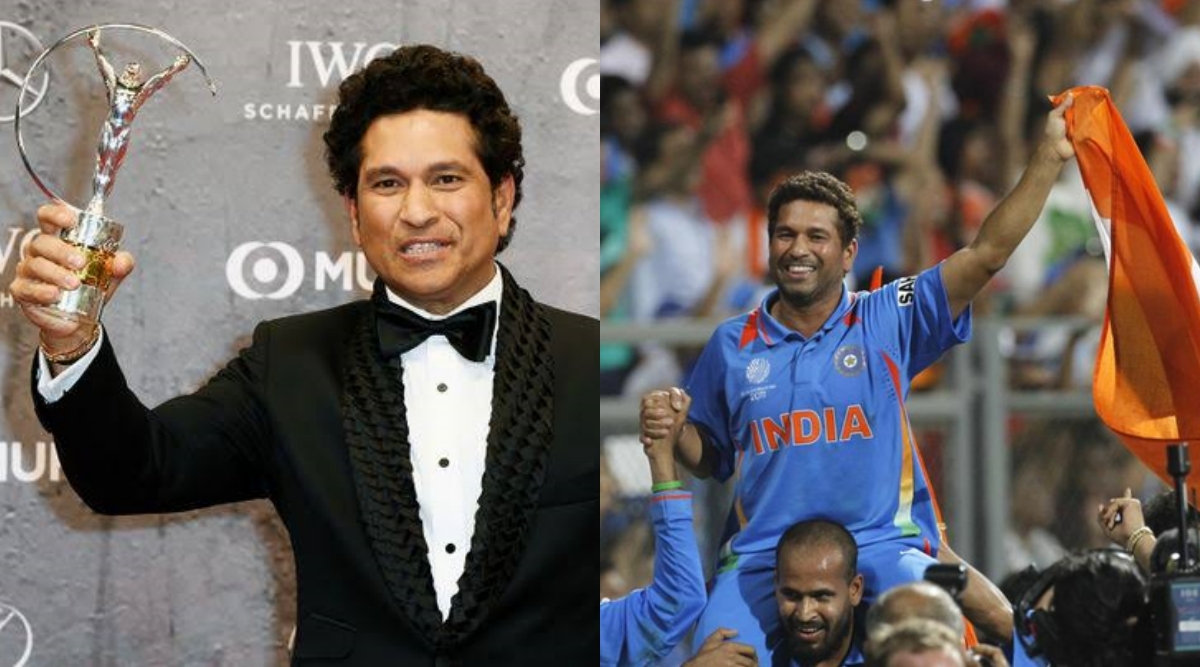 Berlin, February 18: Former Indian batsman Sachin Tendulkar's famous lap around the Wankhede Stadium after the 2011 World Cup win, titled 'Carried On the Shoulders Of A Nation', was voted the greatest Laureus Sporting Moment of the last twenty years.

Accepting the award in Berlin on Monday, Tendulkar said that the iconic moments like these are reminders of "how powerful a sport is" and the magic it brings to lives. Virat Kohli Urges Fans to Vote for Sachin Tendulkar in Laureus Sporting Moment 2000–2020 Award.

"This is a reminder of how powerful sport is and what magic it does to all of our lives."

A God for a nation. An inspiration worldwide.

And an incredible speech from the Laureus Sporting Moment 2000 - 2020 winner, the great @sachin_rt 🇮🇳#Laureus20 #SportUnitesUs pic.twitter.com/dLrLA1GYQS

"How many times do you get an event happening in which there are no mixed opinions, no mixed views? Very rarely does the entire country celebrate together, very rarely are there no varied opinions. Everyone sits together and celebrates. And this is a reminder of how powerful a sport is and what magic it does to all our lives. This moment has stayed with me," Tendulkar said.

On his sixth attempt at the World Cup, and with India not having won the competition since 1983, Tendulkar finally became a part of the team that lifted the coveted trophy in 2011. Carried on the shoulders of the Indian team, he made a lap of honour, shedding tears of joy after the victory was sealed in his home city of Mumbai.

The Laureus Sporting Moment Award celebrates the moments where the sport has unified people in the most extraordinary way. This campaign had shortlisted 20 sporting stories from the last 20 years that have left their mark on the world.