Coronavirus Outbreak: US Economy 'May be' Headed Towards Recession, Says Donald Trump Amid COVID-19 Crisis 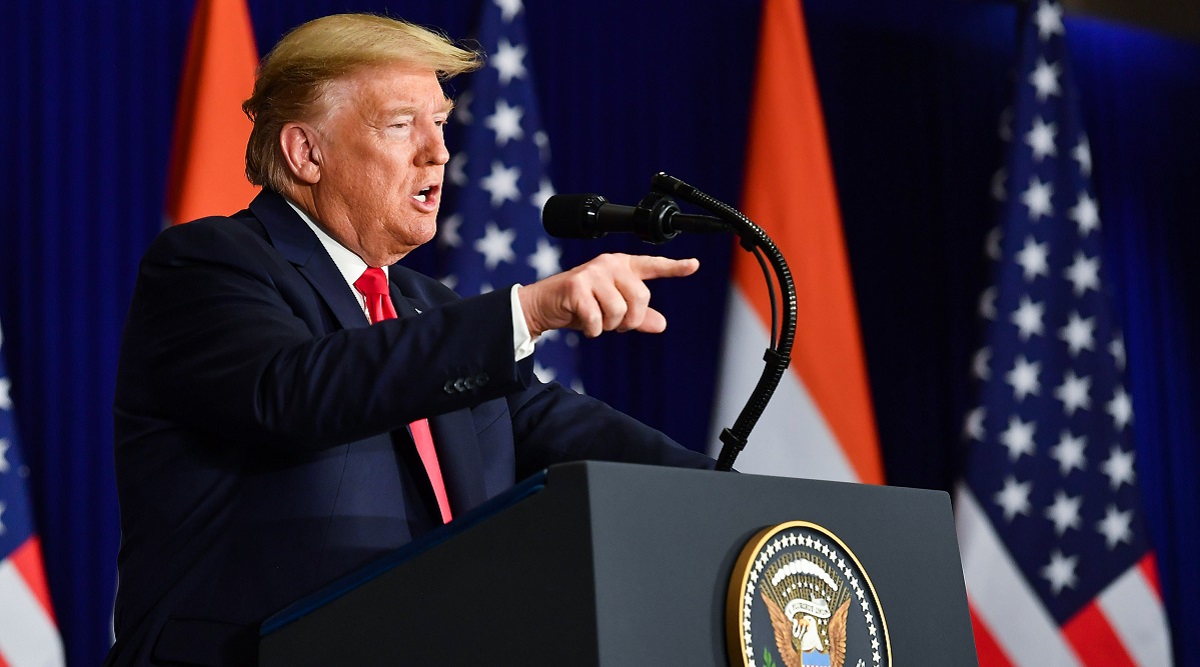 Washington DC, March 17: US President Donald Trump on Monday (local time) said that the country's economy "maybe" heading towards recession, even as the worldwide cases of the deadly coronavirus, which originated in China last year, continued to surge."It may be. I think there is tremendous pent up demand in terms of the stock market and economy. Once we are done with it, you are gonna see a tremendous surge," the US President said during a press conference.

His remarks came in response to a question on whether the US economy is heading towards a recession. Trump's comments come as the business at restaurants and other places are being restricted by local officials in order to contain the spread of the virus. The Hill reported that the sudden shutdown of much of the consumer economy is likely to cause a surge in unemployment and a decline in consumer spending, according to economists, likely causing a recession. Coronavirus OutBreak: Europe Closes Its Border to Combat COVID-19, Donald Trump Warns of Month-Long Fight Ahead.

US stocks suffered one of their biggest one-day losses ever on Monday, as Wall Street's Dow index closed down about 3,000 points over fears of a looming recession, Sputnik reported. This comes even as the US Federal Reserve has announced it would cut its target interest rate to near zero as part of the emergency action to support the US economy from the impact of the coronavirus crisis.