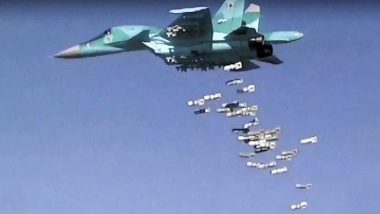 "State Emergency Service: At least 13 civilians killed in air strike on bread factory in Kyiv Oblast. Five people were rescued. There may be more victims: Around 30 people are believed to have been at the factory," tweeted The Kyiv Independent, a Ukraine media outlet.

Meanwhile, the third round of negotiations between the delegations of Ukraine and Russia began on Monday, informed the Belarus Ministry of Foreign Affairs (MFA).

The two countries will discuss political, humanitarian aspects and a military settlement during the third round of talks, Sputnik reported citing the head of the Russian delegation, presidential aide Vladimir Medinsky.