Harvard astrophysicist Jonathan McDowell, who tracked the debris of the rocket part for the past few days, said that it was a reckless gamble by China. 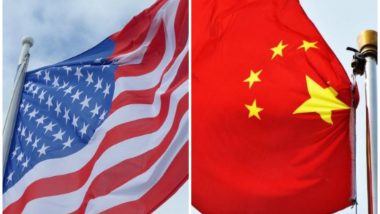 Beijing, May 10: Accusing the US of maintaining "double standards", China on Monday played down global concerns over its out-of-control rocket remnants re-entering the Earth's atmosphere and crashing into the Indian Ocean near the Maldives. The remnants of China's biggest rocket, Long March 5B, crashed into the Indian Ocean near the Maldives on Sunday with no reports of damage, but Beijing was criticised by US space agency NASA for its failure to "meet responsible standards" regarding its space debris.

Reacting to NASA Administrator Senator Bill Nelson's criticism, Chinese Foreign Ministry spokesperson Hua Chunying at a media briefing here said some countries, including America, are hyping up the issue even though the rocket debris was burnt on re-entry into the atmosphere. China followed the debris “very closely” and there were no reports of any damage to the ground caused by the debris, she said.

“Any concerns or misgivings in some media over this issue are unnecessary,” Hua said, adding that there has never been any instance of falling debris causing damage. “So the likelihood is extremely low. The issue should be left to professionals and it is unnecessary to hype up the issue to cause any panic,” she said. China's Long March 5B Rocket Debris Falls into Indian Ocean.

Hitting out at the US, Hua said “American media used romantic rhetoric like 'shooting stars lighting up the night sky'" about the debris of the US rockets in the past. "But when it comes to the Chinese side, it's a completely different approach. We are willing to work with other countries, including the US, to strengthen cooperation in the use of outer space, but we also oppose double standards on this issue."

The spokesperson said China is taking part in the international cooperation to predict the (crash) results and is also cooperating with other countries to deal with the debris in outer space to make sure that outer space activities are sustainable.

Responding to a question on whether China has notified India and Maldives about the crash, Hua said, “Our competent authorities have made notifications on multiple occasions and we have international cooperation channels to share information on the final result of the space debris.”

The bulk of the out-of-control rocket, which had put into orbit the core module of China's planned space station on April 29, was mostly destroyed as it re-entered the atmosphere, according to Chinese official media. The space vehicle re-entered the atmosphere on Sunday morning and the debris from the 18-tonne rocket, one of the largest items in decades to have an undirected dive into the atmosphere, landed in the Indian Ocean. Long March 5B Rocket: China Silent on Falling Debris of Its Space Rocket Amid Rising Concerns.

The uncontrolled fall of the Chinese rocket sparked concerns among US officials, NASA and international astrophysicists that it could hit inhabited areas. Harvard astrophysicist Jonathan McDowell, who tracked the debris of the rocket part for the past few days, said that it was a reckless gamble by China.

"An ocean reentry was always statistically the most likely. It appears China won its gamble...But it was still reckless," he tweeted. There has been intense speculation over where the rocket debris might land, and US officials and other experts warned its return risked potential casualties.