Get latest articles and stories on World at LatestLY. The Commission on the Limits of the Continental Shelf will hold its fifty-fifth session from 5 July to 19 August in New York, US. 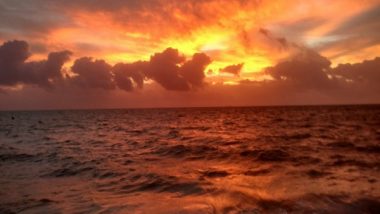 New York [US], July 3 (ANI): The Commission on the Limits of the Continental Shelf will hold its fifty-fifth session from 5 July to 19 August in New York, US.

The purpose of the Commission on the Limits of the Continental Shelf (CLCS) is to facilitate the implementation of the United Nations Convention on the Law of the Sea in respect of the establishment of the outer limits of the continental shelf beyond 200 nautical miles (M) from the baselines from which the breadth of the territorial sea is measured.

The remaining five weeks will be devoted to the technical examination of submissions by established subcommissions in the Division's premises, including geographic information systems laboratories and other technical facilities.

Furthermore, the Chair will inform the Commission about relevant deliberations that took place at the thirty-second Meeting of States Parties to the United Nations Convention on the Law of the Sea.

These recommendations made by the Commission are based on the scientific and technical data and other material provided by States in relation to the implementation of article 76 of the Convention.

The recommendations do not prejudice matters relating to the delimitation of boundaries between States with opposite or adjacent coasts, or prejudice the position of States that are parties to a land or maritime dispute, or application of other parts of the Convention or any other treaties.