Speaking about the zero-COVID policy in his remark during the inspection in Wuhan, Hubei Province, on Tuesday, Xi Jinping said, this coronavirus measure was formulated by the CPC Central Committee based on the Party's nature and purpose, as well as the country's national conditions. 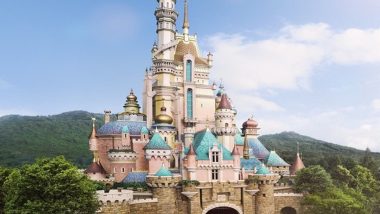 Shanghai, July 3: Amid the rising risk of a new outbreak as the cases surge in parts of China, Shanghai Disneyland, a theme-based park of Walt Disney threw opened its gate for visitors on Thursday. The theme park witnessed thousands of visitors on its first day as it opened after being shut for three months.

The crowd has been pouring into the resort since then as the park tickets, including single entries and annual pass holder reservations, were quickly snapped up for the first few days of reopening via a suite of official online and travel partner channels of Shanghai Disney Resort, which operates Disneyland as well as sister amenities like Disneytown and Shanghai Disneyland Hotel, reported China Daily.

Shanghai recently claimed zero new locally-transmitted covid cases in the last one week following a harsh four-month lockdown that left millions of residents locked in their homes. Despite the claims, China is witnessing a new surge in cases. The country on Saturday reported 75 new COVID-19 cases. China Retains Zero-COVID Policy While Cutting Travel Quarantine to 7 Days.

As per the National Health Commission, out of 75 infections, 61 locally transmitted confirmed COVID-19 cases were reported from Anhui Province while 231 local asymptomatic carriers were found in Anhui. Of the new confirmed cases, 60 were reported in Sixian County, Suzhou City, and one in the city's Lingbi County. The local asymptomatic carriers were also registered in the two counties, it said.

From June 26 to July 2, a total of 105 locally transmitted confirmed COVID-19 cases and 467 asymptomatic carriers had been logged in the latest epidemic resurgence in Anhui. Meanwhile, two new cases of COVID-19 were recently found in Wuhan, where the virus first emerged, though Chinese President Xi Jinping emphasized the zero-COVID policy during his visit to the city last week.

COVID-19 returned to the central Chinese city where it first emerged just days after Xi visited the sprawling city, the Daily Mail reported. Xi Jinping's zero-COVID policy affected roughly 25 million people in China's financial centre and its largest metropolis Shanghai and what is important is that it was avoidable.

Speaking about the zero-COVID policy in his remark during the inspection in Wuhan, Hubei Province, on Tuesday, Xi Jinping said, this coronavirus measure was formulated by the CPC Central Committee based on the Party's nature and purpose, as well as the country's national conditions.

Xi said China's response measures and anti-epidemic policy have protected people's lives and health to the greatest extent. Chinese President's defence of the zero-COVID policy comes as the second-largest economy in the world continues to implement strict measures to eliminate pandemics within its borders, despite warnings from the World Health Organization that such an approach is unsustainable.

In the wake of the Covid-19 outbreak, Chinese authorities have tried every possible measure including the controversial zero-Covid policy to bring the viral transmission down. But everything is in vain. The number of cases is rising at a high rate, crippling normal life in China.

China's much-publicized 'zero-Covid' strategy that the government credited for bringing the country out of the pandemic till recently is falling apart as the rapidly mounting cases are again forcing mass lockdowns like those seen in 2020.

Due to stringent COVID measures and a series of lockdowns, China has incurred huge economic expenses and severe effects on the livelihoods of its inhabitants in the first half of 2022 as a result of rigorous lockdowns and demanding testing procedures in different parts of the nation.

Recent reports have revealed that China's zero-Covid policy is based on digital identification: the health code. The contentious code reportedly documents one's contact information, identification, and recent travel history, all in the name of virus prevention.