A 26-year-old Indian citizen has pleaded guilty in the first-ever cryptocurrency insider trading case in the US, in which he along with his brother and their Indian-American friend made ill-gotten profits totalling over a million dollars. 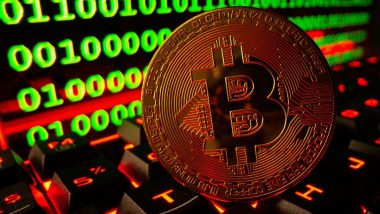 New York, Sep 13:  A 26-year-old Indian citizen has pleaded guilty in the first-ever cryptocurrency insider trading case in the US, in which he along with his brother and their Indian-American friend made ill-gotten profits totalling over a million dollars.

Nikhil Wahi, a citizen of India and residing in Seattle, on Monday pleaded guilty to wire fraud conspiracy and wire fraud in connection with a scheme to commit insider trading in cryptocurrency assets by using confidential Coinbase information about which crypto assets were scheduled to be listed on Coinbase's exchanges.

Coinbase was one of the largest cryptocurrency exchanges in the world.

This is the first time that a defendant has admitted his guilt in an insider trading case in the US involving the cryptocurrency markets. Cryptocurrency Fraud: 2 Indian Brothers, One Indian-American Charged With Crypto Insider Trading Scheme in US

The charge carries a maximum sentence of 20 years in prison.

He is scheduled to be sentenced by Judge Preska on December 13.

In July this year, Nikhil and his elder brother Ishan, 32 along with their Indian-American friend Sameer Ramani, 33, who resided in Houston, was charged in the first ever cryptocurrency insider trading scheme.

Prosecutors said the three were charged in the first-ever cryptocurrency insider trading tipping scheme, in which the defendants made illegal trades in at least 25 different crypto assets and realised ill-gotten gains totalling approximately USD 1.5 million.

United States Attorney for the Southern District of New York Damian Williams said that Nikhil, who was arrested in July, pleaded guilty before the US District Judge Loretta A. Preska.

“Less than two months after he was charged, Nikhil Wahi admitted in court today that he traded in crypto assets based on Coinbase's confidential business information to which he was not entitled. For the first time ever, a defendant has admitted his guilt in an insider trading case involving the cryptocurrency markets,” Williams said.

He added that the guilty plea should serve as a reminder to those who participate in the cryptocurrency markets that authorities will continue to steadfastly police frauds of all stripes and will adapt as technology evolves.

According to the allegations in the Indictment, and statements made in public court proceedings, beginning in approximately October 2020, Ishan worked at Coinbase as a product manager assigned to a Coinbase asset listing team.

In that role, he was involved in the highly confidential process of listing crypto assets on Coinbase's exchanges and had detailed and advanced knowledge of which crypto assets Coinbase was planning to list and the timing of public announcements about those crypto asset listings.

On several occasions between July 2021 and May 2022, after getting tips from Ishan as to which crypto assets Coinbase was planning to list on its exchanges, Nikhil used anonymous Ethereum blockchain wallets to acquire those crypto assets shortly before Coinbase publicly announced it was listing them on its exchanges.

To conceal his purchases of crypto assets in advance of Coinbase listing announcements, Nikhil used accounts at centralised exchanges held in the names of others, and transferred funds, crypto assets and proceeds of their scheme through multiple anonymous Ethereum blockchain wallets.

Nikhil also created and used new Ethereum blockchain wallets without any prior transaction history in order to conceal his involvement in the scheme, it added.