The Com-Cov trial looked at the efficacy of either two doses of Pfizer, two of AstraZeneca, or one of them followed by the other. 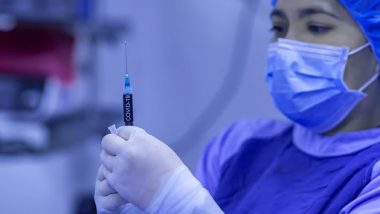 London, June 28: A mix-and-match approach to COVID-19 vaccines - using different brands of jab for first and second doses - gives good protection against the pandemic virus, a UK study has found. The Com-Cov trial looked at the efficacy of either two doses of Pfizer, two of AstraZeneca, or one of them followed by the other.

All combinations worked well, priming the immune system, the BBC quoted the study as saying on Monday. This knowledge could offer flexibility for vaccine rollout, the report quoted experts as saying. Mixing of COVID-19 Vaccines Not Protocol Yet, 2 Doses of Same Vaccine To Be Administered, Says Government.

The UK's deputy chief medical officer, Prof Jonathan Van-Tam, said there was no reason to change the current successful same dose vaccine schedules in the UK, however, given vaccines were in good supply and saving lives.

But he says it might be something to look at in the future: "Mixing doses could provide us with even greater flexibility for a booster programme, while also supporting countries who have further to go with their vaccine rollouts, and who may be experiencing supply difficulties."

Two doses are important to give the fullest protection and teach the body to make antibodies and T cells to block and kill the deadly virus. Some countries are already using mixed doses. Spain and Germany are offering the Pfizer or Moderna mRNA vaccines as a second dose to younger people who have already received a first dose of the AstraZeneca vaccine, following concerns about rare but serious blood clots, rather than about efficacy.

The Com-Cov study, which looked at giving the doses four weeks apart in 850 volunteers aged 50 and above, found that an AstraZeneca jab followed by Pfizer induced higher antibodies and T cell responses than Pfizer followed by AstraZeneca.

Both of these mixes induced higher antibodies than two doses of AstraZeneca, the report said. The highest antibody response was seen after two doses of Pfizer, and the highest T cell response from AstraZeneca followed by Pfizer, it said.

Lead investigator Prof Matthew Snape, from the University of Oxford, said the findings did not undermine the UK policy of giving people the same jab twice: "We already know that both standard schedules are very effective against severe disease and hospitalisations, including against the Delta variant when given at eight to 12 weeks apart."

He said the new results showed mixed dose schedules were also effective, even though the interval of four weeks studied was shorter than the eight to 12-week schedule most commonly used in the UK. PTI "This longer interval is known to result in a better immune response," he added. Mixed dose trial results for a 12-week jab interval will be available next month.