Maruti Suzuki XL6 Premium MPV To Be Launched in India Tomorrow; Likely To Be Priced From 8 Lakh 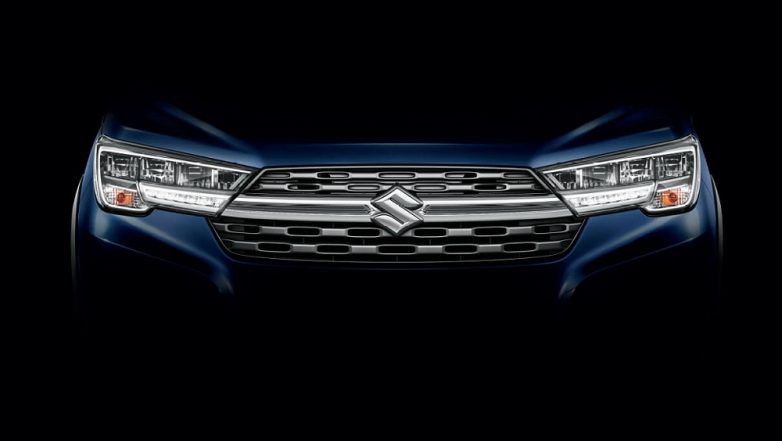 Maruti Suzuki India, country's leading car manufacturer will be launching XL6 premium MPV tomorrow in India. To be based on next generation Maruti Suzuki Ertiga, the upcoming XL6 MPV will be offered in a single petrol engine only. The MPV will be offered in two trims -  Zeta & Alpha and six exciting shades. The car will be retailed via Maruti's premium dealership network - NEXA. The car maker has already started dispatching the vehicle to the dealerships, as XL6 has been spotted at dealership stockyard ahead of its launch. Maruti Suzuki XL6 MPV Bookings Now Open at Rs 11,000 Via Nexa Showrooms.

On the exterior front, the newest offering from Maruti will carry Ertiga's silhouette, but will sport an all-new face featuring trapezoidal grille, neatly chiselled bonnet. It will also be equipped with LED DRLs and body cladding along with slightly modified rear profile. On the inside, the Maruti XL6 MPV will get all-black interiors with stone accents on the dashboard. The car will also get captain seats in the middle row. Maruti Suzuki Ertiga CNG Variants Launched in India From Rs 8.8 Lakh.

Tomorrow is the big day! Arriving in style is the exclusive, the stunning and the comfortable, XL6. Are you ready? Tune in for the webcast!#XL6 #NEXA #CreateInspire pic.twitter.com/SW39N26gML

Mechanically, the XL6 MPV from Maruti Suzuki India will be offered with a 1.5-litre K-Series petrol engine with SHVS mild hybrid system. The petrol mill will be tuned to make 103.5 bhp of power with 138Nm of peak torque. Transmission functionality on the premium MPV will be taken care by a 5-speed manual gearbox or 4-speed AT unit. Coming to the pricing front, the company is expected to launch the new XL6 MPV in the price bracket of 8 lakh to 12 lakh (ex-showroom).