Chhapaak: Deepika Padukone's Malti is Shaken but Not Stirred in these New Movie Posters 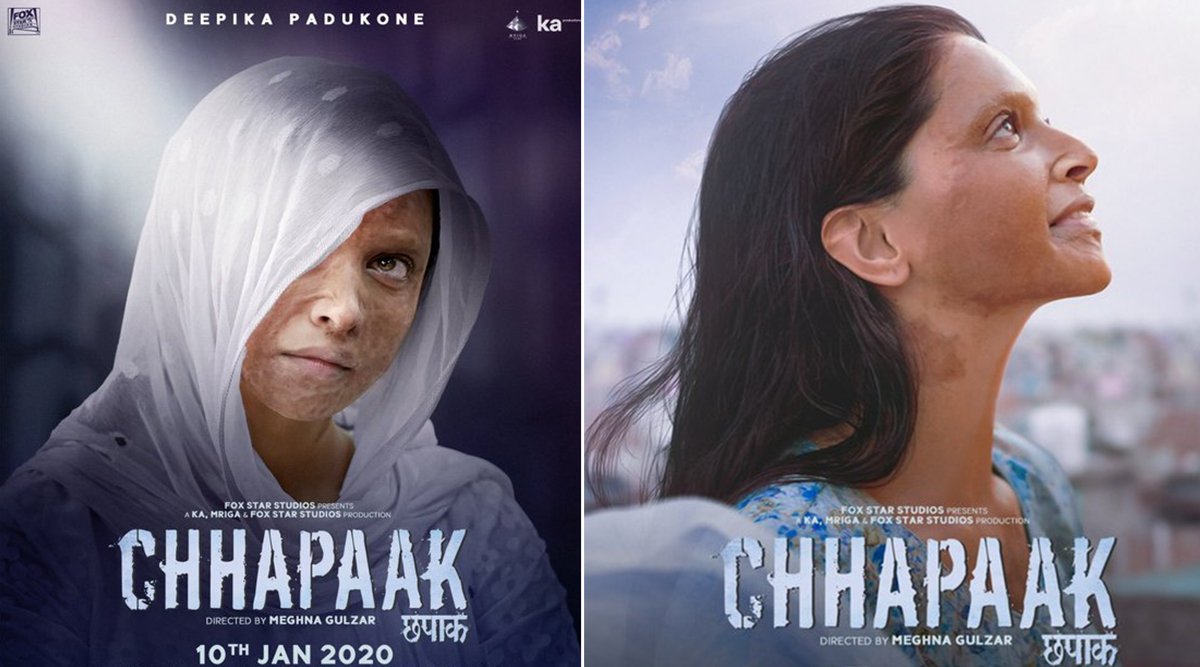 The makers of Deepika Padukone's Chhapaak went Hollywood way when they unveiled the film's trailer followed by its posters. Deepika Padukone returns to the big screen after her release, Padmaavat that hit the screen in January 2018. The movie revolves around the story of Laxmi Agarwal, an acid attack victim who gathers courage and becomes a beacon of hope in the lives of other victims. Raazi director, Meghna Gulzar returns with another strong tale that's gut-wrenching and uplifting at the same time. Chhapaak Trailer: Kangana Ranaut's sister, Rangoli Chandel is Impressed with Deepika Padukone's Next and is Praying for it to Work.

Deepika took to her social media accounts to share Chhapaak's first two posters that revolve solely around her character. Deepika's Malti is probably shaken but not broken with the horrific incident of her life. She has enough courage to serve herself some justice by fighting this dreadful world - the one that tried to ruin her life but couldn't. While the trailer itself brought a lump in our throat, Chhapaak further promises to be an emotional ride but inspiring at the same time. Chhapaak Trailer: Deepika Padukone's 'Malti' Leaves Everyone Inspired, Strikes an Emotional Chord With Fans.

Speaking about the movie, Deepika revealed how she didn't wait to hear the entire narration before giving her nod to the director. She was so touched and moved by Laxmi's empowering character which compelled her to sign it instantaneously. Chhapaak also stars Vikrant Massey in a key role and the actor is always a delight to watch on the big and silver screen. The movie will hit the screens on January 10, 2020, and clash with Ajay Devgn's Tanhaji: The Unsung Warrior.