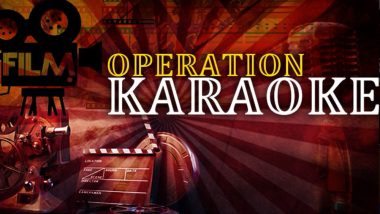 Cobrapost is a website that is known to carry out sting operations to expose the malpractices carried out by the biggies in the country. A few months back they did a big expose on some of the biggest publications, as to who is willing to write puff pieces for a political party in exchange for huge money. Some very famous publications like the Times group, ScoopWhoop et al were trapped in the operation. Now they have carried out a similar operation on the same scale, this time, their targets being Bollywood celebs. Cobrapost Stings Paytm: Users Uninstall the App as Video of Senior VP Claiming User Data Leaked to PMO Surfaces Online! Company Rubbishes Claims

Their latest sting operation covered around 36 actors, singers and directors. Posing as a PR group for political parties, the Cobrapost team had approached these celebs, and asked them if they are willing to promote the parties (mostly BJP and AAP) for money to create a favourable situation for them before the 2019 elections. Many of them have agreed to do so, making us wonder about the stars already tweeting in favour of these parties on social media right now.

They also shared videos of the stars acceding to the temptation of the bribes in the same blog. Check out some of the major ones below -

Interestingly, Vivek Oberoi is playing Prime Minister Narendra Modi in a biopic made on his life.

Funnily, the veteran actor also drags Akshay Kumar as someone who could influence followers.

We do not claim the authenticity of these videos and the circumstances in which they were recorded. So it is upto your good sense of mind to see them for what they are. BTW, the Cobrapost report also claims that Arshad Warsi, Vidya Balan, Raza Murad and Saumya Tandon have refused to accept money for such activities.

(The above story first appeared on LatestLY on Feb 19, 2019 05:11 PM IST. For more news and updates on politics, world, sports, entertainment and lifestyle, log on to our website latestly.com).