Shah Rukh Khan is Living Life King Size at His LA Vacation and These Drool-Worthy Stylish Pics Are Unmissable! 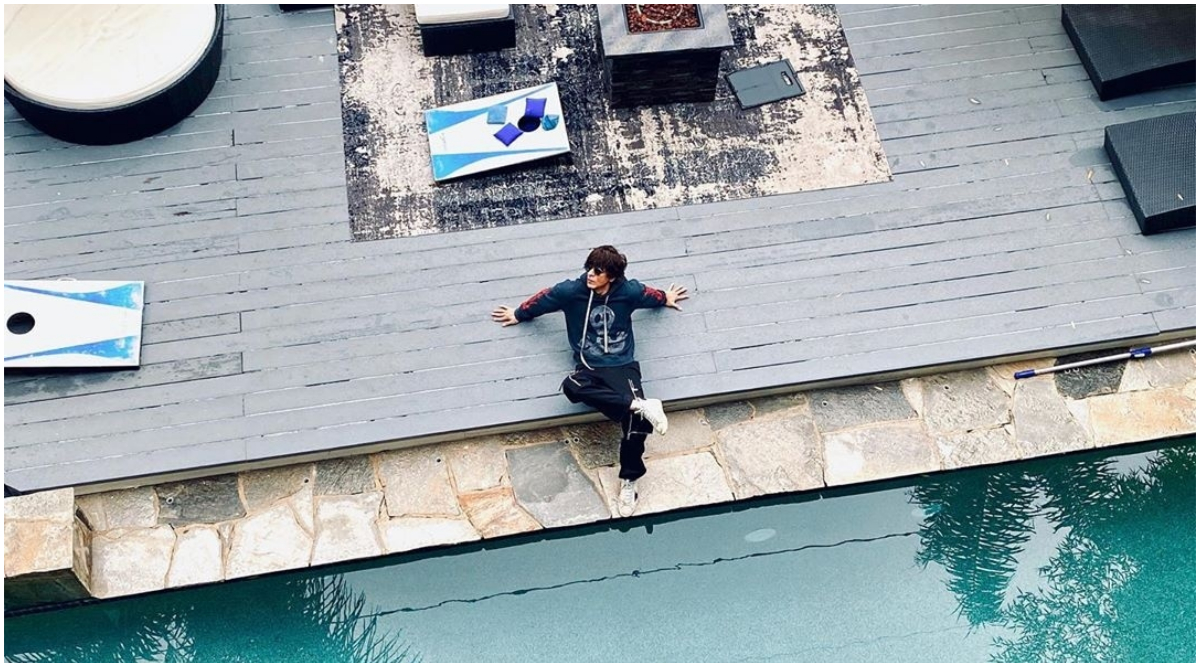 Shah Rukh Khan fans are always in for any damn picture of him! The actor has been away from the filmy block after his last release which was Zero. But does that make him any less of the most loved actors? Hell no! The dimpled star recently posted a series of pictures from his vacation in LA and that too received a lot of appreciation and hearts! Shah Rukh Khan's Collaboration with Raj and DK is a Comic Action Thriller?.

The actor os endorsing a brand that overlooks travel stays. He posted a few snaps from the lavish apartment under the brand, where he enjoyed his stay. Posing on a modish, well-furnished deck by the pool, the room is everything that suits a King of Bollywood. SRK looked dapper in a white tee, blue jacket and baggy pants. Of course, there was his signature pair of glasses completing the look too. He wrote, "Finally, the California sun is out....it’s time for the Pool...maybe should dress right for it now at my @airbnb villa in LA." Check out the snap below.

Finally the California sun is out....it’s time for the Pool...maybe should dress right for it now at my @airbnb villa in LA #Ad #LAonAirbnb

On the work front, everything is just dicey about his next projects as of now. The final announcement by him is pending since long and there are numerous speculations about his upcoming films as well. There are reports that he will be soon seen in a cameo in Ranbir Kapoor-Alia Bhatt's Brahmastra. Apart from that, there are also speculations about his films with Raj & DK, Rajkumar Hirani and Bigil director Atlee.