Shut Up Sona: After Rocking MAMI, Sona Mohapatra’s Docu-Drama to Be Screened at Rotterdam Film Fest 2020 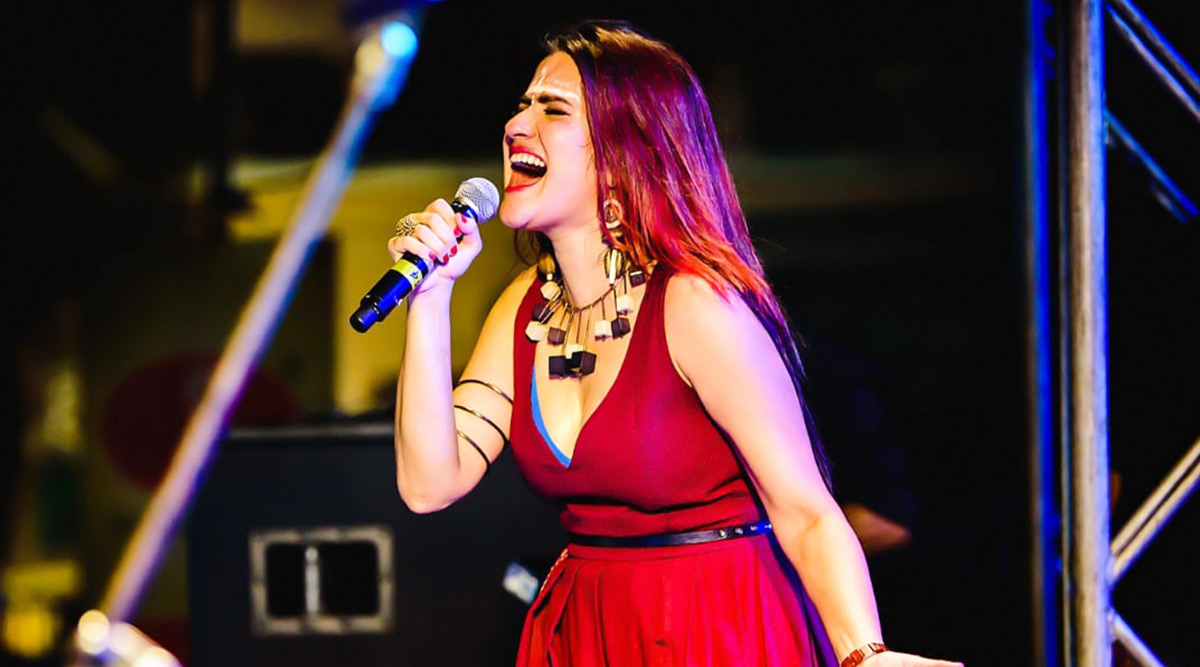 Singer Sona Mohapatra's docu-drama Shut Up Sona will be screened at the International Film Festival Rotterdam later this month. She says the official selection is incredibly gratifying. Shut Up Sona, which was also screened in Mumbai last year, revolves around her journey as a rock star, her brand of music, love for her country's roots and culture and how she has become symbol of hope of a larger movement. Sona Mohapatra Shares Pics Wearing a Monokini; Lashes Out at Trolls for Saying the Singer Wears ‘Slut Clothes’ and Then Says ‘#MeToo’

Directed by Deepti Gupta, Shut Up Sona is a closely observed telling of Sona's uncomfortable relationship with her country. "Our film is irreverently brave and unapologetically takes on structural misogyny of the industry and society I belong to. This is a film about music, art, social change and clashing of the ancient and the modern, every civilisation needs to go through these clashes to evolve and become a better place," said Sona. Sona Mohapatra, Alankrita Shrivastava Slam Society’s Patriarchal Mindset for Hyderabad’s Veterinary Doctor Rape-Murder Case.

"That it also made everyone laugh during the screenings we've had here is an added bonus. I am elated about the film's international premiere. The start of 2020 has been crackling I must add," she added. Also shot by Gupta, the 90-minute documentary explores the dichotomy of today's India and the fate of the modern Indian woman. Sona is considered as one of the pioneers of the #MeToo movement in Bollywood.

Gupta said: "Sona's journey, her voice in her mesmerising songs, and also her unrelenting protest has always inspired me. Through Sona, I tried to explore the prismatic reality of women using their art and everything in their power to ask for equality, and the price they pay for it." "The film is made with much love and passion and without any conventional backing, so the fact that we are invited to Premiere at the prestigious festival is not only exciting for us, it's also a validation that the story of 'Shut Up Sona' as a universal narrative.

For me, the film is an expression in a cinematic realm what Sona expresses in the aural, so it is doubly exciting that IFFR has invited Sona to perform at the closing ceremony, a first in their history of 28 years." Sona has featured in the documentary and has also produced it. "It is my best friend Deepti Gupta who took me on this journey. Even as my stints as a musician were diminishing, I knew I had to further myself as an artiste.

The international selection is incredibly gratifying for us. It reiterates my faith in good stories and makes me believe in the power of impactful stories," said Sona. "May the film find its feet in a newer set of audience and inspire them. We are representing India and I will also be performing at the closing ceremony. The film is indicative of the popular culture in the country and it makes me feel validated that I am doing work that speaks to people," added the "Ambarsariya" hitmaker.