The photo confirms the speculation about Kendall and Booker's relationship. It also marks the first time that she has posted anything about her beau. Rumours sparked when Booker accompanied the model on a road trip to Sedona, Arizona. 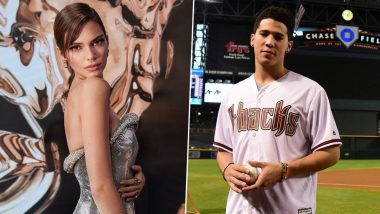 When it comes to sharing details about her personal life, Kendall Jenner has always been very secretive about it. She is the least active on social media and is often seen only sharing content related to her work. The model, however, hardly finds herself away from the limelight. While the other sisters have been vocal about their relationships, Kendall has always managed to be private about her personal rendezvous. But no matter how tight-lipped the model remains, the paparazzi often spots her hanging out with NBA player Devin Booker, hinting at a relationship. Kendall Jenner Does the Bottle Cap Challenge With a Twist… on a Jet Ski!

Now, on the occasion of Valentine's Day, Kendall finally made it Instagram official with the basketball player. She posted an adorable story with Devin where she can be seen cuddling him. Jenner is seen wearing a light tan long-sleeve sweater while she is lying on the counter of a kitchen. Booker, who is seen lying on top of her, also kept his attire casual. He wore a plain white t-shirt and a trucker cap while he hid his face from the camera. Kendall did not caption the photo and only added a white heart to it. 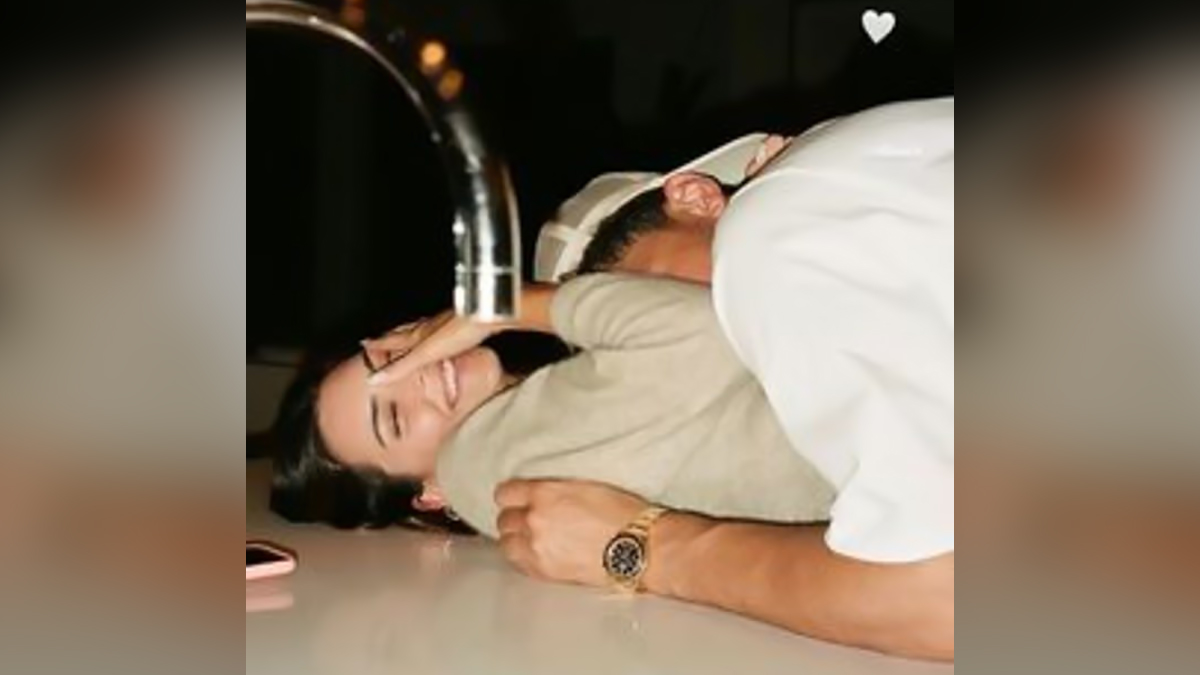 The photo confirms the speculation about Kendall and Booker's relationship. It also marks the first time that she has posted anything about her beau. Rumours sparked when Booker accompanied the model on a road trip to Sedona, Arizona. Many incidents thereafter hinted at a potential relationship as they were seen enjoying meals together, shopping together on multiple occasions. Kendall was previously romantically involved with basketball players Blake Griffin and Ben Simmons while Booker briefly dated Jordyn Woods, Kendall's younger sister Kylie Jenner's former friend. Caitlyn Jenner Admits She’s ‘Much Closer’ with Kylie Jenner than Kendall Jenner.

The lovebirds are not quite ready to open up about their relationship right now, however, a source close to the duo told Entertainment Tonight, "There aren't any huge expectations or crazy commitments on either side...They have gotten a lot closer, but Kendall's schedule is particularly super busy and Devin is very understanding of that." The source added that their relationship is working only because the two are keeping it very simple.

(The above story first appeared on LatestLY on Feb 15, 2021 11:01 AM IST. For more news and updates on politics, world, sports, entertainment and lifestyle, log on to our website latestly.com).