Richard Jenkins Birthday Special: Taking A Look At The Best Performances Of The Veteran Actor

Looking at his career, we can easily say that Jenkins always loved the movies. Richard is celebrating his 73rd birthday today. As he turns a year older, we take a look at some of the finest performances by the actor. 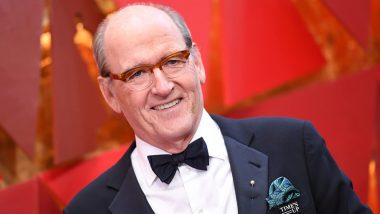 As he turns a year older, we take a look at some of his best performances so far (picture credit - Twitter)

Even though Richard Jenkins got his first Oscar nomination at the age of 60 for his performance in Tom McCarthy’s The Visitor, that doesn't mean he wasn't a good actor before. Let's just say that the realisation happened quite late. But as they better late than never, no? The American actor began his career in theatre and slowly made a transition to the movies in 1974. Looking at his career, we can easily say that Jenkins always loved the movies. The passion in his performances is something that cannot be missed.

Richard is celebrating his 73rd birthday today. As he turns a year older, we take a look at some of the finest performances by the actor.

This week's mystery song is in this amazing film. We will definitely have to do a show on this one. #mysteryfilmsong #thevisitor #richardjenkins #sleepincinemabhm #substrateradio

Of course, we were going to start with his best. As we mentioned earlier, this one got him is first-ever Oscar nomination. For those of you who don't know, director Tom McCarthy wrote the script with the actor in mind. The two collaborated on the character’s every trait, and it created magic on the screen. This has to be the highlight of Jenkin's impressive resume. Amy Schumer Recalls a Funny Incident of Threatening Her Gym Trainer over Intense Workout Sessions.

Although this remake of the 2008 Swedish film Let the Right One In, didn't really become a box-office success, Jenkins managed to create a lasting impression with his performance. He played Thomas, Abby's adult companion and impressed in every frame.

The Cabin In The Woods

Not many know this, but this Drew Goddard directorial didn't make it to the theatres for almost two years after it was shot. However, when it did, the film received a lot of praises. Jenkin's act was particularly appreciated by a huge set of people.

"My friend, Thomas Jefferson is an American saint because he wrote the words 'All men are created equal', words he clearly didn't believe since he allowed his own children to live in slavery. He's a rich white snob who's sick of paying taxes to the Brits. So, yeah, he writes some lovely words and aroused the rabble and they went and died for those words while he sat back and drank his wine and fucked his slave girl. This guy wants to tell me we're living in a community? Don't make me laugh. I'm living in America, and in America you're on your own. America's not a country. It's just a business. Now fuckin' pay me". —Jackie Cogan 'Killing Them Softly' (Andrew Dominik, 2012). _ #killingthemsoftly #andrewdominik #bradpitt #richardjenkins #benmendelsohn #jamesgandolfini #rayliotta #scottmcnairy #moviequotes

Jenkins got an Independent Spirit Award nomination for his work in this David O. Russell comedy, that also starred Ben Stiller. Richard played the role of Paul Hermon in this one and created a lasting impression in the minds of the cine-goers.

So that was our list of Richard Jenkin's best performances. Did we miss any of your favourites? Let us know by tweeting to us @LatestLY. We wish Richard a very happy birthday. We hope he is keeping it low-key this year given the current COVID-19 outbreak all around the world.

(The above story first appeared on LatestLY on May 04, 2020 12:18 PM IST. For more news and updates on politics, world, sports, entertainment and lifestyle, log on to our website latestly.com).