Riz Ahmed was supposed to attend the Star Wars Celebration Convention in Chicago in April this year. However, the actor had to cancel his appearance at the last minute because the Homeland Security didn't allow him to board his flight. Reason? Well, he's a Muslim. 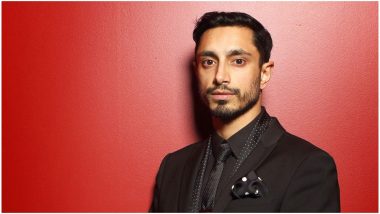 Riz Ahmed opens up about the racial discrimination he faces in the US (Photo Credits: Instagram)

Muslim artists continue to be a victim of racial profiling after the 9/11 attacks in the US. And it won't be completely wrong to say that their concerns have increased post Donald Trump's tenure in the US. After so many incidents in the past, Venom actor, Riz Ahmed was the latest or should we say the newest victim of racism in the states. It was in April when Ahmed was going to be a part of Chicago’s Star Wars Celebration convention but he couldn't attend it. Reason? Well, it's shocking enough. Venom Star Tom Hardy Takes Riz Ahmed' 'Mogambo Khush Hua' Challenge and We Are Completely Floored With The Result - Watch Video.

Riz in his interaction at CAA’s Amplify leadership summit with Hassan Minhaj recalled the incident where the Homeland Security didn't allow him to board his flight and he had to cancel his appearance at the convention at the last minute. "Hassan Minhaj can win a Peabody, I can win an Emmy, Ibtihaj Muhammad can go to the Olympics, but some of these obstacles are systemic and we can’t really face them alone, we need your help,” Ahmed said during his talk at the summit.

(The above story first appeared on LatestLY on Jun 29, 2019 11:08 PM IST. For more news and updates on politics, world, sports, entertainment and lifestyle, log on to our website latestly.com).