Naagin 3 December 9, 2018 Written Update Full Episode: Bela Saves Juhi, But Will She Able To Save Her Relationship With Mahir? 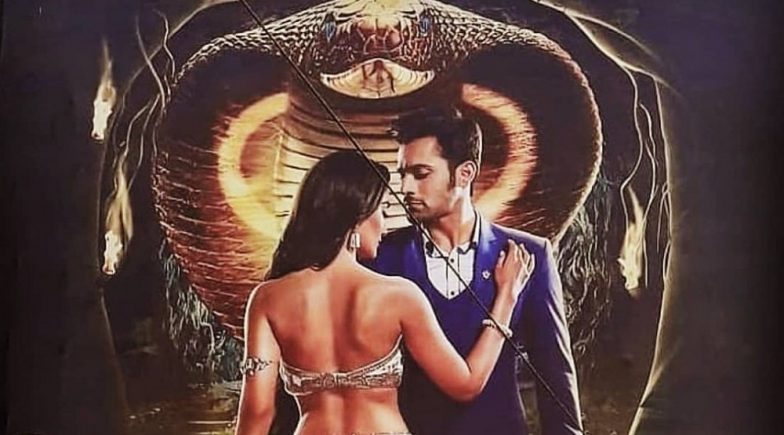 The last episode ended with Viyom announcing that the vultures can have Juhi as their feast. Today’s episode of Naagin 3 starts with Viyom telling his vultures to go forward and eat Juhi. He jokes and tells that the younger snake's blood is really sweet and this is the Naagrani imagine how sweet it would be. Juhi shouts at Viyom and asks you loved me right? Then why are you doing this? To this, he answers - Have you ever heard a snake and a vulture being friends with each other? An tells her the truth, I just wanted the Naagmani, that’s why I plotted all this and leaves from there.

Meanwhile, Mahir (Pearl V Puri) remembers all the flashbacks (in the background the song Tukrakey Mera Pyar Mera Intkam Dekhegi plays) and remembers his past with Bela (Surbhi Jyoti) and gets  furious at the thought that he loved someone who he didn’t know properly. He loved her so much that he used to listen to her in all matters wonders why she betrayed  him. He also remembers the talk he had with Vishaka and Vikrant as they said that don’t ask us anything ask Bela and you will get all your answers. Vishaka evens tells him not to say anything now to his family, but Mahir says don’t tell me what to say and what to do I will do what I want.

Bela tries to protect Juhi from the vultures on seeing this Viyom tells her after all this you have come here to save her. He warns Bela that vulture’s don’t spare anyone and don’t leave our prey easily. Bela consoles Juhi and says believe in me and do as I say, change yourself into a vulture and go out of here this is the only way that we can go out. Juhi immediately turns into a vulture and escapes. Viyom angrily tells Bela that he will not spare her, she also turns into a vulture and escapes. Viyom tries to stop, but is not successful. Bela and Juhi hide behind the bush just then her phone rings she gets a call from Mahir. Bela tries to disconnect the call, but instead the call starts and she is unable to disconnect. Seeing Viyom come their way they both run but the phone is on and Bela doesn’t notices this. Mahir tries to talk but there's no response from Bela’s side.

Mahir then tracks her phone. Bela asks Juhi where is the Naagmani  to this she says I don’t have any idea when I gave it to him it just vanished all this happened because of me while they were talking Viyom slowly comes from back but  Bela sees him and runs fast at that time her mobile drops from her hand. Mahir comes in search for her and sees the mobile and takes it. They come to the end of the mountain Juhi  is scared and says Bela we will fall down no point in running now but Bela assures her to have faith in her and do what she does and they safety land in the ground. Bela asks her if she is fine and tells her now we have to find the Naagmani and hugs her sister warmly and says she will handle everything.

Just then Juhi  sees Mahir standing behind, he questions them and asks what is all this? Juhi tries to explain but he only wants Bela to answer.  Bela turns to him and goes closer sees him in his eyes then turns into  Naagin and bites him in the neck. He falls down and dies Juhi is shocked to see this and tells Bela what have you done but  she tells her to keep quite and wait and searches the body and gets the Naagmani.  It was Viyom who changes himself into Mahir to fool them. Juhi asks her how come you came to know this, she explains that Mahir may be angry, but his eyes are not so cruel.  I saw the sparking light from his body and came to know that this was Viyom, may be he got this power when he swallowed the Naagmani. Bela tells Juhi leave him here the vultures will take care of him.

Vishaka and Vikrant also come in search of Bela. While they were searching, she tells him why he wanted to tell Mahir that Bela is a Naagin its just because you wanted him to hate her. I'm your wife and I can read your mind don’t try to fool me. Bela hides the Naagmani and tells Juhi  that she has kept it safely, Juhi questions her and asks her whether it is safe now? To this Bela answers even if we keep in deep inside the cave it might be robbed, but for the time being I have kept it here. Juhi tells Bela that I am not suitable  to be a Naagrani, please you only become as you have all the qualities of  a good Naagrani.

Bela asks her why she was supporting him, to this she said when I was attacked he was the one who was present there and told me that it was you who attacked me as you did not wanted me to become the Naagrani. Juhi tries to explain that I will make you the Naagrani as I'm not  fit for it, she does all the procedures and makes Bela the Naagrani with all the powers.  Just the Vishaka and Vikrant come and they are also happy and bow in respect to the new Naagrani.  She asks if they are ok, they say we are ok but Mahir had been to the haveli and was asking about you. Bela asks they tell him anything about me, she is very tensed. Meanwhile, Mahir is still searching in the jungle for Bela.

Vishaka tells Bela Mahir was asking whether she knows about Yuvi’s death, we told yes but told him that you will tell him all  the truth listening this  Bela  feels very sad and says he will dislike me now when he comes to know I have killed his brother. I could not say the truth to him as I didn’t wanted to loose him. Vishaka says don’t worry he loves you, but Bela says but I killed one of his family members you killed Karan and I killed Daksh, he wont forgive me. When they were discussing this Mahir comes and get furious on listening all this.    Bela tries to console him and makes him understand why she did this, but Mahir is not ready to listen anything and tells her to stay away from him.   He says I  hate people who lie and pushes her and goes away, Bela falls down and rolls down the mountain and gets hurt. Mahir comes back  realising what he has done in anger, but doesn’t find her, Vishaka, Vikrant and Juhi also search for Bela. They all see Mahir and ask about Bela, but he says I'm also looking for her. He shouts at all of them as says they are all are responsible for all of this.  Mahir starts abusing  Bela so much that Vikrant tries to stop him and says don’t say anything about her you don’t know the truth. Mahir gets more angry and tells him to shut up and asks him who are you to talk about Bela. Vikrant says I'm her first love, on listening this Mahir becomes uncontrollable and shouts at them saying I don’t believe anyone of you and goes from there.

Bela is taken away by some people who tie her hands and take her somewhere. Mahir goes to police station to register the missing complain of Bela, the police  says before 24 hours we can’t register, but points out to a lady who is sitting in a car as she can help you. Vishaka, Vikrant and Juhi also start searching Bela everywhere. Vishaka says I think someone has kidnapped her.  Also see: Naagin 3 December 8, 2018 Written Update Full Episode

In the upcoming episode of Naagin 3 we will see  how Bela is rescued from the goons. We may also find out if Bela wins back Mahir's faith and love.