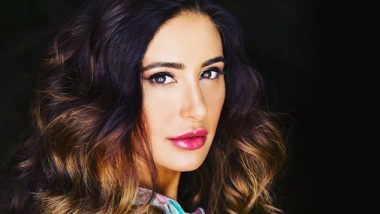 It's been a while since we spoke about Nargis Fakhri. Those who don't remember her, she is the girl whose junglee jawaani conversations with Ranbir Kapoor in Rockstar was loved. The girl has been off the radar for a while now with only her personal life making headlines. We stumbled upon an interview of the actress done by an ex-adult star Brittni De La More. As if that wasn't a bit surprising, Nargis reveals about a Playboy offer she said no to despite the 'huge' money. Nargis Fakhri Tries Her Hand at Stand-Up Comedy; Shares Her Funny Take on Feminism in Her First Gig (Watch Video)

Speaking about ditching projects which didn't align with her convictions, Nargis recalled, "When I was modelling, there was this college edition Playboy magazine thing. My agent said they are asking for girls, they have chosen to see you if you would want to do something like that. I was like Playboy is so huge and the money was so much!  But I said no." She mentions that she won't do anything she isn't comfortable with.

Check out the whole interview here...

In fact, that's one of the reasons why Nargis decided to be in Bollywood. "I was very happy to work in Bollywood because they don't have sex scenes." That made her so happy that she didn't have to get naked in front of the camera.

(The above story first appeared on LatestLY on Dec 03, 2019 11:36 AM IST. For more news and updates on politics, world, sports, entertainment and lifestyle, log on to our website latestly.com).