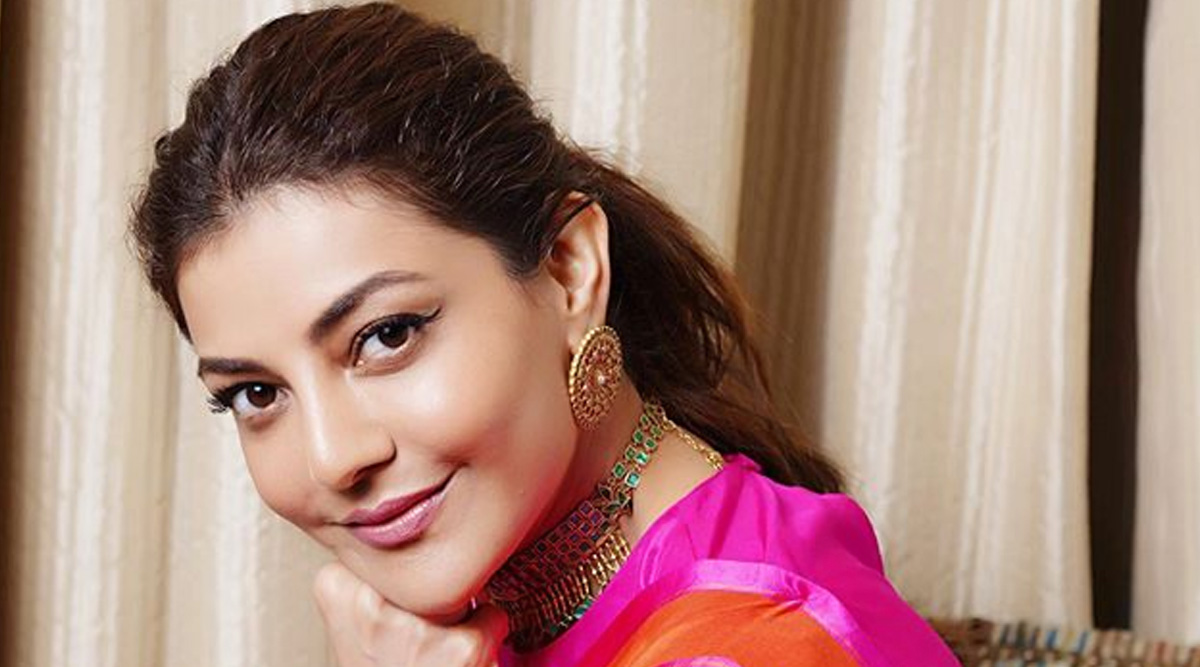 Actress Kajal Aggarwal, who will next be seen on screen in Kamal Haasan's upcoming Indian 2, has said that she is not allowed to talk about the forthcoming vigilante action thriller. Kajal was interacting with the media when she visited internationally acclaimed artists Subramanian Gopalsamy and Gnanadickam Ponnusamy's art exhibition named "Divine Intervention" in Mumbai. According to media reports, Kajal plays an 85-year-old woman in director Shankar's Indian 2. "It's a very exciting role but I can't tell you too much about it. They (makers of the film) will kill me!" she laughed, adding: "I will resume shooting in February. It's going to be very different. I have never done something like this role. This is not a stereotypical answer but a genuine one," she said. Indian 2 Poster: Makers Treat Fans For New Year 2020 With Kamal Haasan’s ‘Deadlier’ Version!

Apart from Indian 2, talking about her upcoming projects, Kajal said: "I am looking for different content. I am working on a very exciting and different sort of films. I definitely want to up the game as does everyone else in the new decade, and in the forthcoming year." She added: "I am working in different sorts of mediums. I am doing an OTT show. I am doing a film with young people and I am doing a film with senior, established and experienced people, so it's an array of different roles for me. It's extremely gruelling but I am excited." Kamal Haasan Is Back Home! Indian 2 Actor Gets Discharged From Hospital Post Leg Surgery (View Pics)