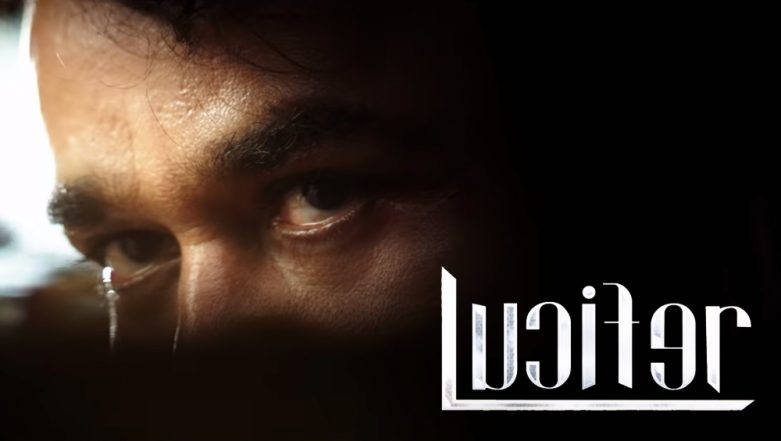 Malayalam actor Prithviraj Sukumaran is making his directorial debut with the thriller Lucifer. And he is directing none other than superstar Mohanlal in his first venture. Lucifer is scripted by actor-scenarist Murali Gopy and is considered as one of the most exciting Malayalam films to come out next purely for the sheer combo of talent. Lucifer: Vivek Oberoi Makes His Malayalam Debut in This Mohanlal Film Directed By Prithviraj Sukumaran.

We now have the first teaser of the film, that introduces to Mohanlal's character, Stephen, without giving us a proper glimpse of the actor. We see the character leaving a police station in slow motion and then we also see his car which has '666' has the license number. Which goes with the title of the film. Lucifer is the fallen angel as per the Christian mythology, and he is often referred to as the devil. So the teaser hints at Mohanlal being a devil incarnate in the film too, at least for his enemies. Mohanlal Birthday Special: 12 Movies of the Superstar from 12 Genres That You Should Watch if You are a Lalettan Fan.

The voiceover in the teaser is a conversation between Stephen and the father with the latter asking him whether he wants to confess. Stephen responds by saying it is better to confess later for the sins he is about to commit. We are truly curious to know what he is talking about.

Watch the teaser of Lucifer here -

Lucifer was earlier to be directed by Traffic fame Rajesh Pillai who passed away a couple of years back, after which Prithviraj took over. The movie has a delectable supporting cast in Indrajith Sukumaran, Tovino Thomas, and Manju Warrier, while Bollywood star Vivek Oberoi makes his Malayalam debut. Though reports say that Lucifer might be aiming for a March release, the teaser doesn't confirm this.