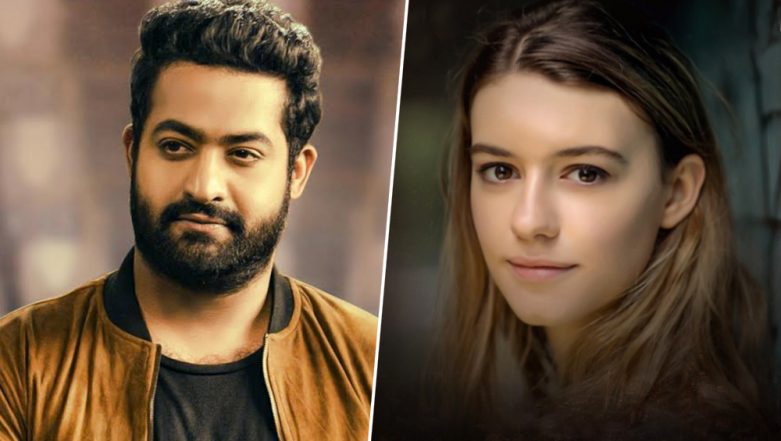 RRR is an upcoming mega budget film directed by Baahubali director, SS Rajamouli. It was earlier confirmed that south superstars Ram Charan and Jr NTR would be playing the male leads. However, the actresses’ names were not confirmed. Today (March 14), Rajamouli made many big announcements and one among them was about the film’s heroines. After confirming that Alia Bhatt would paired opposite Ram Charan, the ace filmmaker announced that Cold Feet show fame Daisy Edgar-Jones would be paired opposite Jr NTR. CONFIRMED! Alia Bhatt Paired Opposite Ram Charan in SS Rajamouli’s RRR, Actress to Make Her Debut in South Indian Cinema

During the press meet of RRR, director SS Rajamouli said he needed a big supporting cast. He also mentioned how extensive research was required for this fictitious tale which based on true characters. Other than the details of the leading actresses’ in the film, Rajamouli also confirmed that Bollywood superstar Ajay Devgn has also been roped in for the Telugu-language film and he would be playing a key role. About it Rajamouli said, “Ajay Devgn has agreed to do very a strong role in the film.” The director also stated, “He (Ajay) is excited to be a part of this one.” RRR: Will SS Rajamouli Announce the Heroines’ Name Paired Opposite Ram Charan and Jr NTR?

RRR will release worldwide on July 30, 2020. The film which is based on real life characters Alluri Seetharamaraju and Komaram Bheem will have only one part. The film would be released in Telugu, Tamil, Hindi, Malayalam and other Indian languages simultaneously.