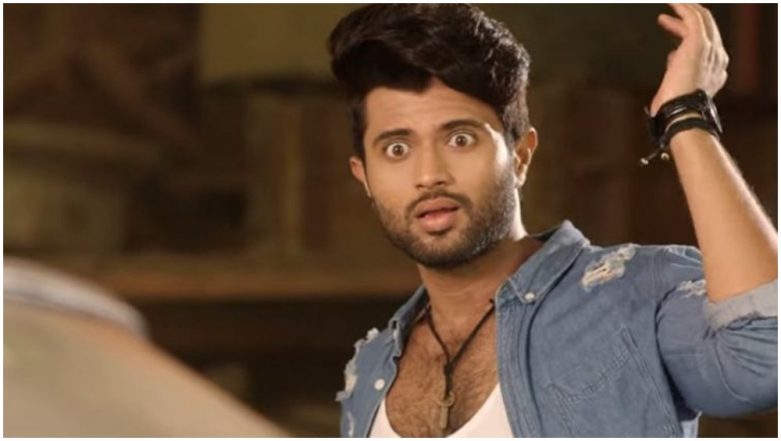 Telugu star Vijay Deverakonda is considered is one of highest rising stars in South India, especially after all the acclaim he got for playing a broken medical student in last year's Arjun Reddy. Earlier this year, he also delivered a big hit in the romantic entertainer, Geeta Govindam, that also worked very well overseas too. He later made his debut in Tamil with the political thriller, NOTA. though the movie wasn't hit, Deverakonda's performance was highly appreciated. Therefore expectations were sky-high from his next, Taxiwaala, that was scheduled to release on November 17. Rajinikanth-Akshay Kumar's 2.0, Yash's KGF and Vijay Deverakonda's Taxiwaala Beat Shah Rukh Khan's Zero In Being 2018's Most Anticipated Releases on IMDB!

Taxiwaala is directed by Rahul Sankrityan and is the debut of Priyanka Jawalkar. However, just a couple of days before the release of the film, a print of Taxiwaala has been leaked online on various torrents sites. The culprits? Of course, the bane of Indian cinema who somehow manage to get leaked prints - Tamilrockers. Even though the government their site, people can still access the torrents through proxy servers. Here are some screenshots of the sites where the movie has got leaked.

And some of the screenshots of the movie, available on the link inside.

The link claims it is an unedited dub print of the movie, which means leak happened through someone inside. While the makers are taking down most of the links, there is still some damage done here.

The piracy group Tamilrockers have taken it as a challenge to the South film industry, the latter trying to fight a failing war to curb the piracy menace. Tamilrockers had earlier challenged that they will release a print of Thalapathy Vijay's Sarkar on the day of its release, which they did. Now their next big target is 2.0, starring Rajinikanth and Akshay Kumar.