Apart from this, Mohan Kapur took everyone by surprise when he was spotted in one small scene of Marvel Studios' Ms Marvel trailer. He is seen reading a newspaper in the clip shared by Disney+. 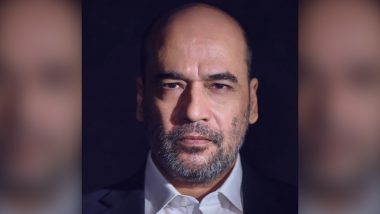 Yesterday, news portals were buzzing with reports suggesting that Bollywood actor Mohan Kapur has passed away after meeting with an accident. It was speculated that the actor, who is in Chandigarh, was trying to save a puppy from a car when the car hit him and he died at the spot. People were languishing his departure and social media was flooded with condolences for his family. Mohan came across the fake news reports and quashed the reports of his death with a tweet. Ms Marvel: Mohan Kapur Officially Cast As Kamala Khan’s Father in Disney+ Show, Know Everything About the Indian Actor.

He took to Twitter to share with his fans that he is doing well and is safe and sound. He added that the news of a person passing away is true but it was his namesake and not him who met with this tragic accident. The actor went on to share his condolences for the family and prayed for his family & loved ones to cope with this terrible loss. " I also pray for his soul to rest in peace," he added. Mohan was last seen in Alia Bhatt starrer Sadak 2 in a negative role.

Hello Everybody, this is to put it out here that I am safe & well. The recent news of a persons passing, with whom I share my name, is really very sad. I pray for his family & loved ones to cope with this terrible loss as I also pray for his soul to rest in peace.

Apart from this, Mohan Kapur took everyone by surprise when he was spotted in one small scene of Marvel Studios' Ms Marvel clip. He is seen reading a newspaper in the video shared by Disney+ and people are eagerly waiting to see what his role in the film will look like. The actor will be essaying the role of Kamala Khan's father in the film. For Mohan Kapur, this is a big project which would also get him recognition in Hollywood. The 55-year old has worked in more than 30 Bollywood films and 17 TV shows so far. Hostages Season 2 Review: Ronit Bose Roy And Divya Dutta's Thriller Sequel Gets Tiresome With Too Many Twists.

Mohan Kapur is famously known for his television show Saanp Seedi and has also been a part of some notable web shows as well. If you remember, Mohan was last seen in Tisca Chopra, Ronit Roy's Hotstar special Hostages in a key character. The actor even essayed major roles in small screen including 2008 Zee TV show Zindagi Badal Sakta Hai Hadsaa. He even played an antagonist in Rishtey show Savitri Devi College & Hospital and also featured in Star Plus show Everest as Major Sameer Khanna.

(The above story first appeared on LatestLY on Feb 08, 2021 05:53 PM IST. For more news and updates on politics, world, sports, entertainment and lifestyle, log on to our website latestly.com).