IBCIG Emphasized the Significance of Twitter in the Crypto World

It has widely regarded that cryptocurrency is a growing ecosystem that has slowly been making headways into the world’s traditional financial systems. According to statistics, the number of users of various cryptocurrencies has grown massively for the past few years. 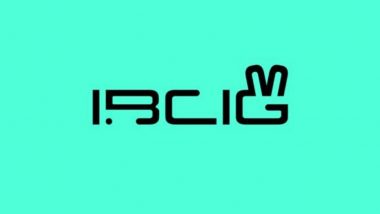 It has widely regarded that cryptocurrency is a growing ecosystem that has slowly been making headways into the world’s traditional financial systems. According to statistics, the number of users of various cryptocurrencies has grown massively for the past few years. Furthermore, both private and public sectors are warming up to the idea of adopting cryptocurrencies in their financial dealings such as making payments, value storage, and as an investment.

The history of cryptocurrency goes back decades ago when cryptography started making digital advances. This technology has helped develop and evolve the variety of encryption techniques that make cryptocurrency networks secure and reliable to take on different transactions. Now with over 3,000 cryptocurrencies and growing, crypto currency has become the main subject to talk about on the internet.

Satoshi Nakamoto has created Bitcoin, the first crypto where the value has soared since its introduction in 2009, overtaking gold as the most valued asset in the world. While ago, 'Crypto Youtube' is the preferred platform to talk about crypto, and now Twitter have begun to gain the momentum to be amongst the most popular social media platforms globally, and it is becoming a crucial platform for Crypto community to encourage the widespread adoption and discussion of cryptocurrency talks.

IBCIG, which is a well-known social media influencer consistently interacts and engages with the Twitter audience on social media to talk and discuss about Crypto. With over 514,000 Twitter followers, IBCIG has built strong crypto community through online by regularly sharing useful trading tips, techniques and educational postings that may entice people to learn more about cryptocurrencies.

According to IBCIG, Twitter is a crucial platform to the crypto community because of its ability to reach much wider audience than other social platform through its memes, tweetstorms, and trending hashtags. Even the most influential persons in the crypto space often active on Twitter, for instance like the founder of Ethereum, Vitalik Buterin.

"Twitter is obviously taking the lead as a forum for talks on Digital Currency," IBCIG added. We witness more Bitcoin ($BTC) conversation volume than general news on a daily basis."

It is no secret that Twitter is a powerful platform for sharing information when it comes to cryptocurrency world. From analysts and investors to developers, each one brings its own unique perspectives. To sum it up, if you want to know the recent news or information of crypto currency, Twitter is the place to go.