For more than five years, Amazon, Walmart-owned Flipkart and many other foreign-funded e-commerce companies have indulged into all kinds of unethical business practices with an objective of taking control of not only the e-commerce but even the retail business of India, the Confederation of All India Traders (CAIT) said. 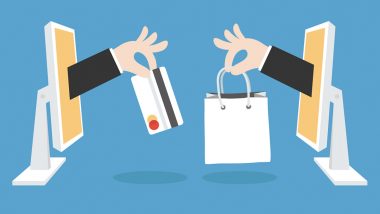 New Delhi, June 13: For more than five years, Amazon, Walmart-owned Flipkart and many other foreign-funded e-commerce companies have indulged into all kinds of unethical business practices with an objective of taking control of not only the e-commerce but even the retail business of India, the Confederation of All India Traders (CAIT) said.

In view of such a situation, the Confederation of All India Traders (CAIT) has launched an "e-commerce purification week" from Monday to June 21, which is gaining massive support from thousands of trade associations across the Country.

During the e-commerce purification campaign, the trade organizations across the country will handover a memorandum to the District Collectors in all states in the Country. On the other hand, the trade delegations will meet the Chief Ministers and Finance Ministers of their respective States urging them to set up a monitoring mechanism for e-commerce trade in the State for ensuring strict implementation of FDI in e-commerce policy of the Government.

Simultaneously, the trade associations will send an e-mail to Prime Minister Narendra Modi and Commerce Minister Piyush Goyal urging them for an immediate direction to the CCI for initiating an investigation of the business module of Amazon and Flipkart, issuance of a fresh Press Note removing the flaws of Press Note 2, and setting up of a Regulatory mechanism at the Centre to monitor e-commerce business in India. The CAIT has also declared to launch a digital signature campaign across the Country on this issue.

The body has alleged that the way foreign companies like Amazon and Flipkart defied all the laws of the country, adopting predatory pricing, deep discounting, loss funding, controlling inventory, and adoption of preferential sellers have killed the small businesses in India.

CAIT said that the game of capital dumping by these so called marketplaces has dumped the entrepreneurial skills and human capital of the country which is a cognizable offence. Making the human capital of any country to sit idle, displacing them from their businesses and encroaching upon their livelihood by these capital behemoths needs to be immediately looked into by both Central and State Governments, it said.

The e-commerce business of the country has become highly hectic and toxic due to illegal and unethical business practices by Amazon, Flipkart and other foreign funded e-commerce portals, CAIT said.

"Therefore, there is an urgent need to purify the e-commerce landscape of the Country so that even a small trader can also adopt and accept the e-commerce business as an additional avenue for raising his revenue and make Prime Minister Narendra Modi's Atmnirbhar Bharat campaign a success. The traders across the Country are fully geared up to take on any challenge on this account and have firmly decided to free the e-commerce business from all evils. More than 40 thousand trade organizations from across the country will join with full force to make the purification campaign a success", CAIT said.

(The above story first appeared on LatestLY on Jun 13, 2021 05:11 PM IST. For more news and updates on politics, world, sports, entertainment and lifestyle, log on to our website latestly.com).