In an order released by the Arvind Kejriwal-led government, the government and government aided/unaided schools may call students of Class 10 and 12 only to school from January 18. Moreover, the child should be called to school only with the consent of parents, the statement read. 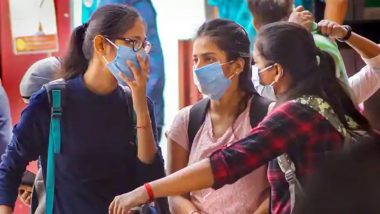 The Delhi government said that the records of children coming to school be maintained while the same should not be used for attendance purpose. The order said that sending the child to school is completely optional for parents. Schools in the national capital are closed since March 2020  in view of the COVID-19 pandemic. While a few states have partially reopened schools, the Delhi government had announced that schools will not reopen till a vaccine is available. Delhi Government School’s Happiness Curriculum Gets Featured on Harvard University’s International Education Week; Manisha Sisodia Invited As Guest Speaker.

While the records of children coming to school be maintained, the same should not be used for attendance purpose as sending the child to school is completely optional for parents: Government of Delhi. https://t.co/syL5N55Pf9

Earlier this month, Deputy Chief Minister Manish Sisodia had said that the AAP government in the national capital was looking at ways on how early schools here can be reopened. Sisodia said that the future strategy to resume classroom studies will depend on when a COVID-19 vaccine is available to the public after frontline workers are inoculated. The Minister had announced that  the Delhi government is organising an international education conference from January 11 to 17 on how should the education sector be in a post-COVID world.

(The above story first appeared on LatestLY on Jan 13, 2021 03:16 PM IST. For more news and updates on politics, world, sports, entertainment and lifestyle, log on to our website latestly.com).