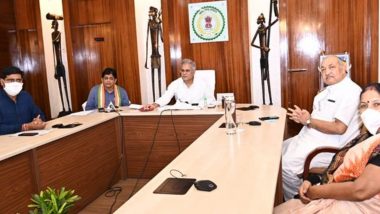 The order was issued by the General Administration Department in the evening.

Taran Prakash Sinha (IAS, 2012), who was posted as Joint Secretary to the Chief Minister with additional charge of Commissioner-cum-Director of Public Relations has now been appointed as Rajnandgaon Collector.

Janjgir-Champa Collector Yashwant Kumar (IAS, 2007) has been posted as Director of Agriculture, with additional charge as Managing Director, Chhattisgarh Tourism Board and Sugarcane Commissioner.