This letter from Delhi Education Minister, Manish Sisodia, comes in the backdrop of recent CBSE examination papers leaked on WhatsApp and other means of Social Media. 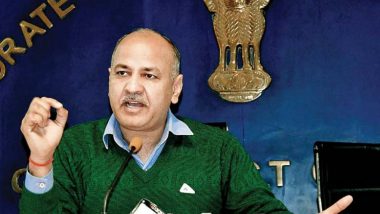 In his letter to Prakash Javadekar, Union HRD Minister, Sisodia suggested that the education ministers across the country need to sit together and brainstorm about how they can strengthen the assessment and examination systems.

The Aam Aadmi Party (AAP) leader talked about how they should go beyond party politics and come to a resolution in this issue. Sisodia also said, “…every time an examination paper is leaked…the negative consequences are for the country, not just to any one government or one party. If exam papers are leaked, then undeserving students perform well and hard-working students are left behind.”

This letter comes in the backdrop of recent CBSE examination papers leaked on WhatsApp and other means of Social Media. Recently, CBSE class 10th Maths and 12th Economics papers were leaked and it was announced that the two examinations stand canceled. Students will have to reappear for the re-examinations of the same.

The paper-leak saw PM Narendra Modi express concern on the issue and haul up the HRD Ministry. The opposition parties left no stone unturned to pin the blame on the government. In the middle of this, the students thronged to the streets expressing their anger and disappointment. It has now to be seen as to how do the Centre and CBSE clean up the entire mess!

(The above story first appeared on LatestLY on Mar 30, 2018 06:32 PM IST. For more news and updates on politics, world, sports, entertainment and lifestyle, log on to our website latestly.com).