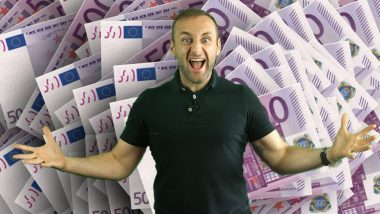 Irish Entrepreneur & Investor Joe Doyle is making waves across Ireland by mentoring thousands of self employed tradesmen to become successful and profitable business owners. Joe, who formerly starred on the hit tv show ‘Dragon’s Den’ can usually be found sharing his wisdom on his Facebook and Social Media pages. Across which, he has built up a loyal following of more than 85,000 people.

Mr Doyle started out his career in construction as a bricklayer in Dublin & worked his way up the ladder of success. He now owns a multi-million euro property portfolio. As anyone who has ever started a business from nothing will tell you, It takes sheer dedication and hardwork to rise to success when you start at the bottom, and from observation, it is no secret that Joe Doyle has an abundance of these qualities in stock. He is known to frequent some of the world’s biggest business conferences including the 10X Growth Conference. Joe is pictured below with Grant Cardone - who is the organizer of the 10x Growth Conference and star of the tv show Undercover Billionaire. By actively putting himself in such positions, we can’t help but to speculate that his success was no accident.

To the delight of many Self Employed tradesmen across Ireland and the world, Joe Doyle revealed his new book ‘The Tradesman’s Survival Guide’ will be released soon.