How Stage 32 is Changing the Way Hollywood Operates

The entertainment industry has long been monopolized by large conglomerates and corporate ladders, making it difficult for those starting out to find the connections they need to succeed. Newcomers to Los Angeles or New York often covet the opportunity for careers in entertainment, but they soon find industry exclusivity is a major barrier. 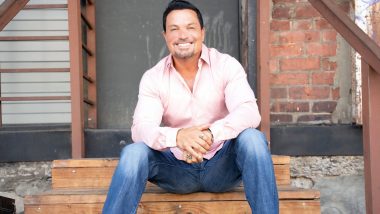 The entertainment industry has long been monopolized by large conglomerates and corporate ladders, making it difficult for those starting out to find the connections they need to succeed. Newcomers to Los Angeles or New York often covet the opportunity for careers in entertainment, but they soon find industry exclusivity is a major barrier. Regardless of their talent, unfunded or unconnected artists and writers may never catch a break.

A forerunner in his field, Richard “RB” Botto saw first-hand the obstacles facing fresh talent in the entertainment industry and aimed to create a solution offering gifted artists direct access to decision-makers to pitch their projects, and a network of peers to hone their crafts and elevate their projects to new heights. In 2011, Stage 32 was born.

In its 10 years of operation, Stage 32 has become a pivotal tool for artists and executives, linking talent from across the globe and providing that talent with the education and connections essential to shorten their path to success. Now serving more than 750,000 members worldwide and with a direct line to companies such as HBO Max, Paramount Plus, Peacock and Netflix, Stage 32 is side-stepping the agencies and changing the way the industry has operated for decades.

Beyond its networking capabilities, Stage 32 boasts the largest library of its kind in the world, with over 1,500 hours of on-demand film, television and digital education, in addition to peer-to-peer collaborations, professional mentoring, script reviews, online writers’ rooms, and more.

YOU. Meanwhile, directors are prepping shoots with the guidance of a director from IT’S ALWAYS SUNNY IN PHILADELPHIA and monologue techniques are sharpened with instruction from Reiner, part of an ensemble cast of an Emmy-nominated show. Producers are learning how to finance a film from top financier Viviana Zaragoita of Three Point Capital who has worked on hundreds of films. This type of real-world training takes actors, directors, screenwriters, and more past the theoretical and into real-world, applicable experience.

Looking back, Stage 32 CEO Botto said,  “I recognized the doors were going to swing open for creatives and professionals all over the globe, and that’s exactly what happened. I believed we needed a platform to democratize the industry, connecting content creators with executives, production companies, studios and streamers effectively creating a robust marketplace between the two parties. Stage 32 does this for members by connecting, training and providing access beyond the gatekeepers. Our executives and pros are getting a first look at curated content creating a winning situation for all. With the sheer amount of content being produced today, more and more financiers, production companies, networks and streamers are turning to Stage 32 to discover new voices and material.”

Botto and his team are unwavering in their pursuit to level the playing field for creatives and break down the barriers of location, age and ethnicity to create opportunities for talent from all over the world.

Not long after founding Stage 32, Botto’s concept was proven.

A prominent filmmaker was looking for a composer to score his new film noir project. He posted a two-minute clip of the movie on Stage 32 and announced he’d accept submissions from across the globe. One Stage 32 member - a composer in Denmark who’d only scored short films - took his shot. The filmmaker loved his work and provided two more scenes to score. The composer went on to score the entire film. A French-born Argentinian female filmmaker was incubated through Stage 32’s Short Film Program; following the showcase of her film on Stage 32 Screenings, she secured representation with a US-based agent and now has meetings with Amazon and Netflix.

Using the success of series such as Netflix’s Lupin as a benchmark, there’s no question about demand from global audiences for foreign-produced shows. With Stage 32’s member base growing rapidly in areas such as the UK, India, South Africa, Australia and Canada, the platform is uniquely poised to meet this moment and maximize exposure for talent around the world.