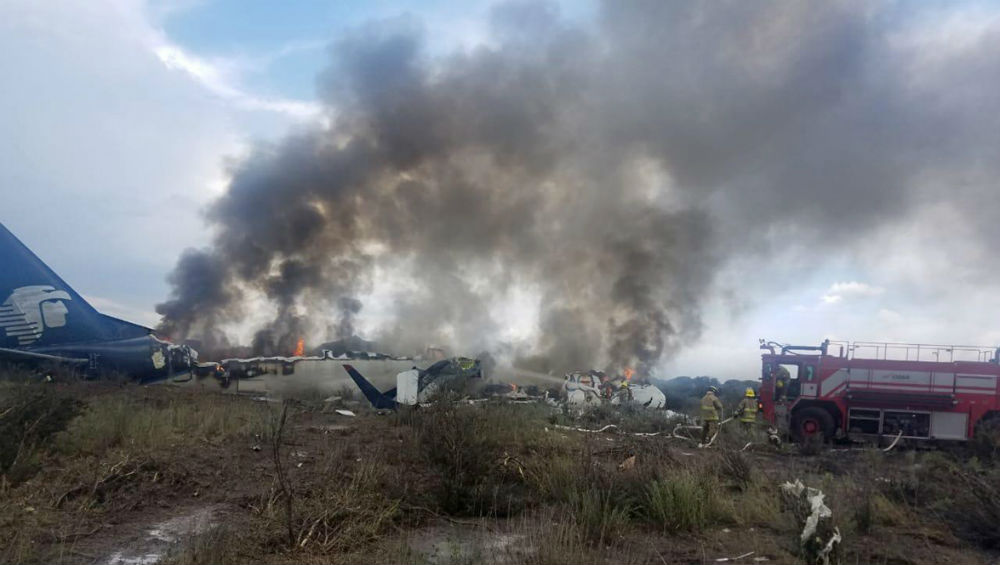 New Delhi, December 11: Thirteen fighter jets have crashed from 2017-18 to November 2019 and a board of inquiry (BOI) investigates every accident, the government said on Wednesday. To a question in Lok Sabha on a MiG 29 KUB (Trainer) catching fire in Goa, Union Minister of State for Defence Shripad Naik said that on November 11, the aircraft encountered a flock of birds after takeoff from the Dabolim naval air station and caught fire.

He said attempts to recover the aircraft were unsuccessful due to damage and low height. There was no loss of life or damage to property on the ground, Naik said. "Thirteen fighter aircraft have crashed during the period from 2017-18 to November 2019. Every accident is followed by an investigation by a Board of Inquiry or a Court of Inquiry which gives causes of accident and suggests remedial measures to avoid similar accident in the future. IAF Fighter Jet Crashes in Jammu And Kashmir's Budgam, Pilot, Co-Pilot And 1 Civilian Dead.

"These recommendations are circulated to all the operating units for implementation," he said. In response to another question, Naik said 21 people were killed and 19 injured at the firing range located at Tamulpur Patkijuli in Assam. "All the above cases of death/injury have been thoroughly investigated by the army and it has been found that in all cases that accidents resulting in death/injury are because of civilians illegally entering the range during firing, without informing police, civil administration or army units.

"Therefore, the civilians are not liable to claim compensation," he said. Replying to another question, Naik said the Defence Ministry has ordered the Spike Long Range (LR) Anti-Tank Guided Missile (ATGM) system, a man portable 4th Generation system which can engage targets in both 'Fire & Forget and Fire, Observe & Update mode'.

This, he said, will enhance the operational flexibility and crew survivability. "Dual mode seeker of the system allows precise engagement both during day and night. The system also has top attack capability to enhance the lethality of the missile against tank targets," he said.

Israel, Germany, Spain are among users of 4th Generation Spike LR ATGM system. As per available inputs in open source, China has developed a 3rd Generation ATGM System while Pakistan does not have such capability yet, he added.