In January, an eight-year-old girl from a minority nomadic community was allegedly abducted and gang raped in Jammu and Kashmir's Kathua district. 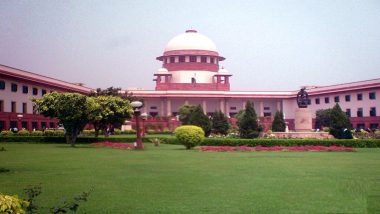 New Delhi, November 18: The Supreme Court has dismissed a plea claiming that a key witness in the sensational Kathua gang rape-and-murder case was allegedly tortured in custody by the Jammu and Kashmir Police in connection with a separate rape case. A bench comprising justices A M Khanwilkar and Deepak Gupta rejected the petition filed by a close relative of Talib Hussain, a key witness in the Kathua case, on the ground that the petitioner failed to appear before it despite the court's order.

In January, an eight-year-old girl from a minority nomadic community was allegedly abducted and gang raped in Jammu and Kashmir's Kathua district.

Petitioner M A Khan had approached the top court alleging that his relative Hussain was tortured in custody by the state police after being arrested in connection with a separate rape case. Advocate Shoeb Alam, representing the Jammu and Kashmir Police, had last month denied in the top court the allegations levelled in the petition and had said since Hussain has been granted bail, the plea has become infructuous. Kathua Rape Murder Case: Mastermind Got Girl Killed After Learning Son Raped Her, Says CBI.

On October 22, the court had asked Khan to appear before it on November 13 to respond to the application filed by his advocate seeking his discharge from the case. "Despite our order dated October 22, the writ petitioner (Khan) has chosen not to appear before this court to respond to the application for discharge filed by Sunil Fernandes, advocate on record for the petitioner.

"In the circumstances, the writ petition is dismissed for non-prosecution," the bench said in its November 13 order. In his plea, Khan had alleged that Hussain was kept in illegal detention by police and was subjected to custodial torture. The apex court had earlier transferred the trial in the Kathua gang rape and murder case from Jammu and Kashmir to Pathankot in Punjab. The state police's crime branch had filed the main charge sheet against seven persons and a separate charge sheet against a juvenile in a court in Kathua district in the gang rape and murder case.