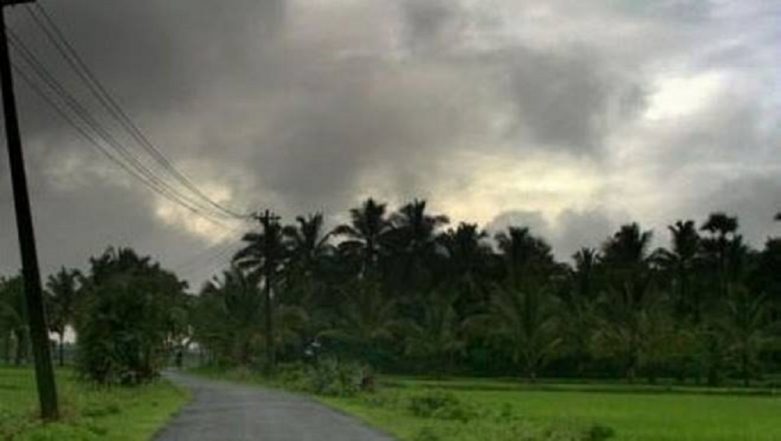 New Delhi, Jun 8: After a delay of a week, monsoon hit the Kerala coast on Saturday, marking the official commencement of the four-month rainfall season in the country. "Monsoon has made an onset over Kerala today (June 8)," said India Meteorological Department's Director General-designate Mrutyunjay Mohapatra.

Several parts of Kerala have started receiving a good amount of rainfall. The news will augur well for the country as large parts have been witnessing agriculture distress and water levels in reservoirs in west and south India have dipped to low levels.

Most of rural India depends on the four-month monsoon season, which accounts for 75 per cent of the annual rainfall, due to a lack of adequate alternative source of irrigation. A good monsoon has a direct impact on the economy as agriculture remains the major contributor to India's GDP.

The north Indian plains, central India and parts of south India have been recording temperatures over 45 degrees Celsius. Mercury has soared to over 50 degrees in parts of Rajasthan. On Thursday, IMD said the arrival of monsoon in Delhi is likely to be delayed by two-three days from its usual onset on June 29. However, Skymet said it may take at least a week longer.

The city is likely to receive normal monsoon. Northwest India too is likely to have normal monsoon. The IMD declares onset of monsoon over Kerala if after May 10, sixty per cent of the available 14 stations — Minicoy, Amini, Thiruvananthapuram, Punalur, Kollam, Allapuzha, Kottayam, Kochi, Thrissur, Kozhikode, Thalassery, Kannur, Kudulu and Mangalore — report rainfall of 2.5 millimetres or more for two consecutive days. Monsoon 2019: IMD Predicts Nationwide 'Normal' Rainfall For June to September Period.

This is one of the important parameters to declare the onset of monsoon. The other two factors are speed of the westerlies and long-wave radiation.

In 2016, monsoon arrived on the same day. The IMD has made a forecast of 96 per cent of the Long Period Average (LPA) which falls on the border of normal and below normal rainfall. The LPA of the season rainfall over the country as a whole for the period 1951-2000 is 89 cm.

It has, however, maintained monsoon will be “normal” for 2019. The rains in June are likely to be impacted due to El-Nino, although a weak one. It is generally believed that El-Nino, associated with the heating of Pacific waters, has an impact on monsoon. The delay in monsoon has no co-relation to the overall quantum of the rainfall. However, monsoon will be late in other parts of the country due to its overall delay.

Monsoon arrived in the south Andaman Sea, its first Indian outpost before it reaches the mainland, on May 18. Last month, the IMD said monsoon will reach Kerala on June 6, a delay of six days from its usual onset. However, conditions were not favourable for its progress.