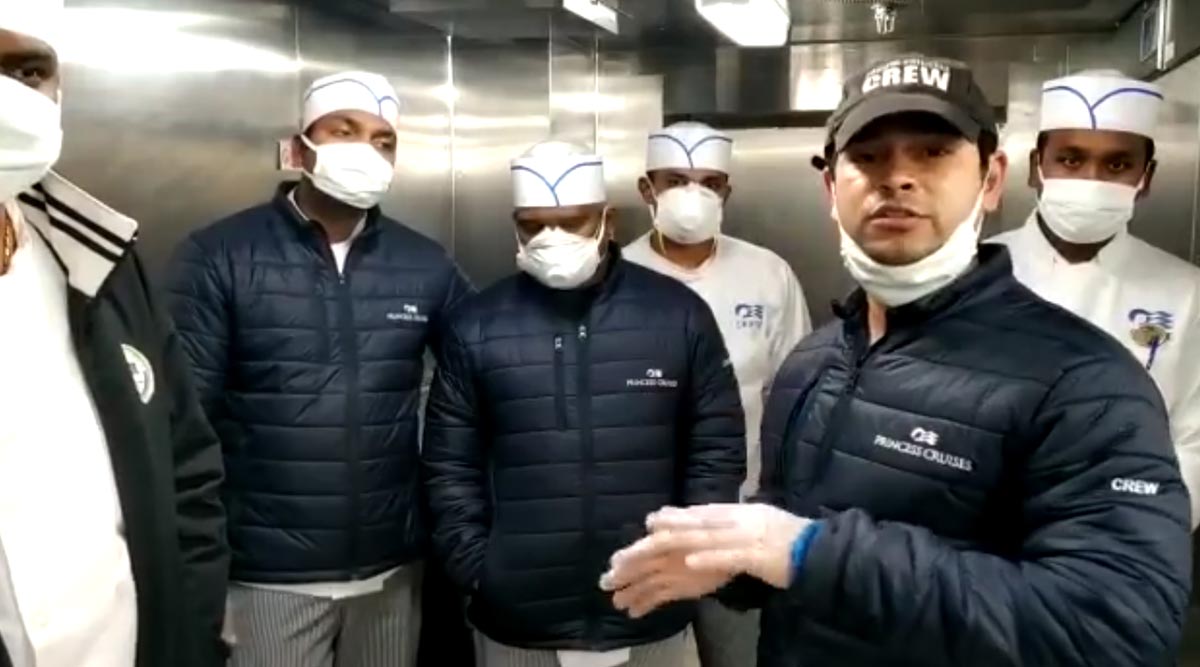 New Delhi, February 10: Indian crew members onboard a luxury cruise ship, docked at Japan's Yokohama airport following coronavirus scare, posted an SOS video on social media seeking aid. The clip, uploaded by a crew personnel identified as Binay Kumar Sarkar, sought the personal intervention of Prime Minister Narendra Modi into the matter. Sarkar claimed that it "would be too late" if the Government of India does not act now.

The video was shot by them onboard the Diamond Princess cruise ship, which was docked in Japan last week after it was confirmed that a passenger who got down at Hong Kong had tested positive for the novel coronavirus. Subsequent tests carried out at the Yokohama airport found at least 137 onboard have been infected by the deadly virus. China Praises PM Narendra Modi's Letter to Xi Jinping on Coronavirus Assistance, Says Friendship Fully Demonstrated.

A total of 3,700 people, including passengers and crew members, are onboard the cruise ship which has been sent for a two-week quarantine. The Indian crew members number nearly 160, along with eight Indian passengers. One of the crew members had on Friday claimed that the Japanese authorities are not segregating those infected with the virus with those who have tested negative. This leaves them at the risk of contracting the virus, he had claimed.

"We want to appeal the United Nations and the Government of India to help us. Modi Ji...Please save us. We are 160 crew members and eight Indian passengers. Ninety percent of us are safe. But what will be the point if we are rescued after (being infected). We appeal the Government to save us before it is too late," the crew member could be heard as saying.

External Affairs Minister S Jaishankar had last week told the media that the government is monitoring the situation onboard the Diamond Princess ship in Japan. He had claimed that none of the Indian crew members or passengers had tested positive, and that New Delhi was keeping a close tab on the developments.

On the global scale, coronavirus has affected more than 40,000 people,  with at least 900 deaths being reported so far. The maximum among the deaths were confirmed in mainland China, and a miniscule number in Taiwan and Hong Kong. In India, three cases of novel coronavirus was confirmed in Kerala, with no fatalities being recorded yet.