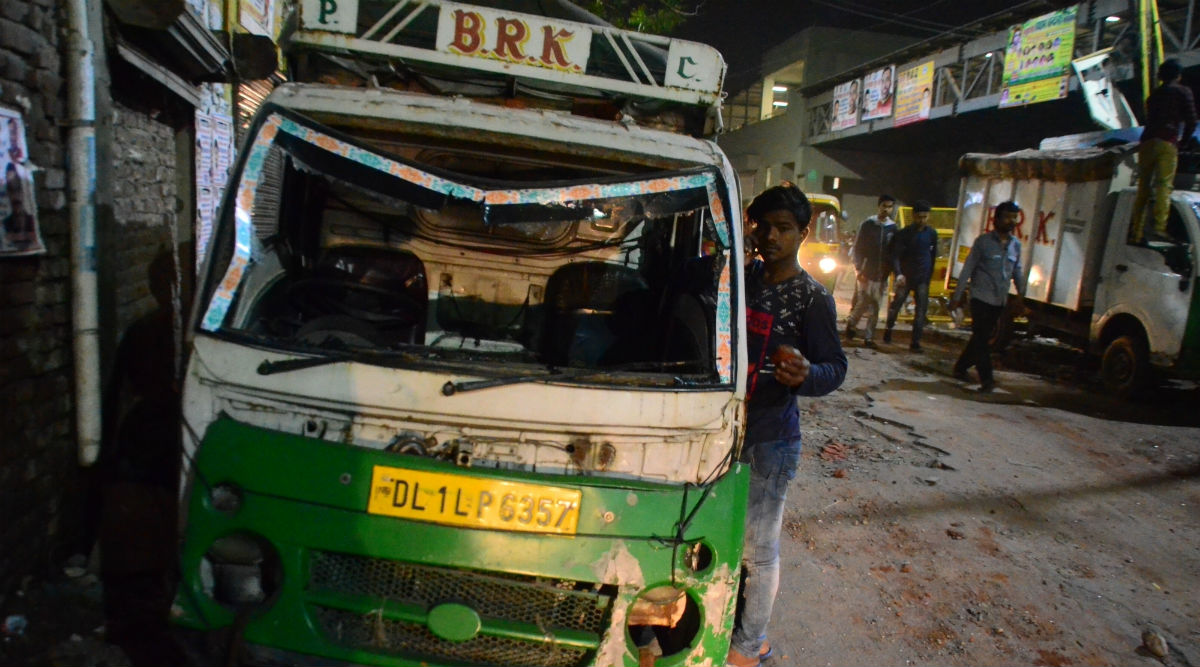 New Delhi, February 24: Clashes broke out between protesters for and against the Citizenship Amendment Act in Delhi's Maujpur neighbourhood for the second time in last 24 hours. In one the videos of violence, an autorickshaw is seen in flames. In another video, a man dressed in a red shirt can be seen running towards an unarmed Delhi Police officer waving what appears to be a gun. Section 144 has been imposed at ten locations in North East Delhi. Why Citizenship Amendment Act+NRC Raise Fear And Concerns: A Multi-Dimensional Take.

I sincerely urge Hon’ble LG n Hon'ble Union Home Minister to restore law and order n ensure that peace and harmony is maintained. Nobody should be allowed to orchestrate flagrations," Kejriwal tweeted.

Activist-turned-politician Yogendra Yadav and several other activists have written to the Delhi Police, seeking action to prevent "communal violence" in North East Delhi's Maujpur area. In at least one of the videos, people can be heard chanting "Jai Shri Ram" slogans. These clashes came hours after a group called by Bharatiya Janata Party (BJP) leader Kapil Mishra allegedly clashed with anti-CAA protesters near the Maujpur traffic signal.

Later, Mishra tweeted a video in which he can be seen addressing a pro-CAA group. "They (protestors) want to create trouble in Delhi. That’s why they have closed the roads. That’s why they have created a riot-like situation here. We have not pelted any stone. Till US President is in India, we are leaving the area peacefully. After that, we won’t listen to you (police) if the roads are not vacated by then," the BJP leader had told the crowd.

Hundreds of women blocked a road near the Jaffrabad metro station which connects Seelampur with Maujpur and Yamuna Vihar on Saturday evening in protest against the CAA. Their sit-in continued on Monday.