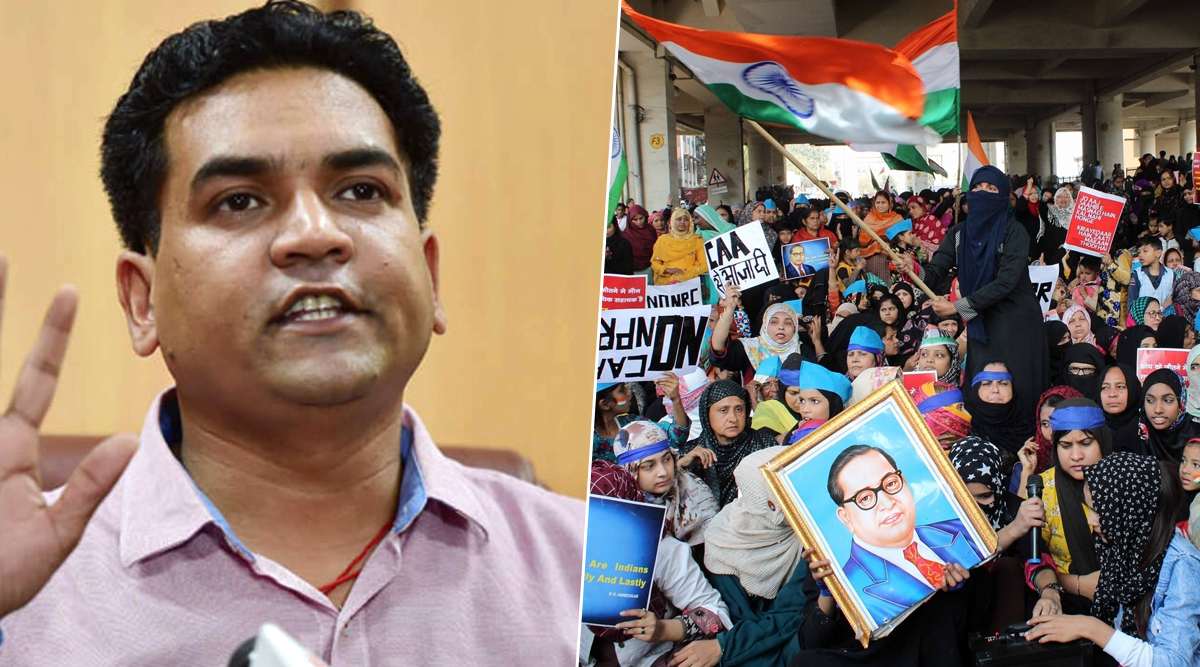 New Delhi, February 23: Bharatiya Janata Party (BJP) leader Kapil Mishra on Sunday said he has given a three-day ultimatum to the Delhi Police to vacate roads in Jaffrabad. Kapil Mishra, who is infamously known for his "shoot the traitors" remark, gave the ultimatum after a group called by him clashed with anti-CAA protesters gathered at Maujpur. In a tweet, Mishra also said: "We will not allow second Shaheen Bagh in Delhi."

Mishra called a gathering near the Maujpur traffic signal in support of the Citizenship Amendment Act (CAA). This came after a 500-strong group dominated by women staged a sit-in on Saturday night near the Jaffrabad metro station demanding a rollback of the contentious CAA. Soon, clashes broke out between pro and anti-CAA protesters after which police fired tear gas shells to disperse the crowd. Shaheen Bagh Protesters Express Anguish at Being Called 'Anti-National' And 'Pakistani', Seeks Urgent Hearing on Anti-CAA Pleas.

Later, Mishra tweeted a video in which he can be seen addressing a pro-CAA group. "They (protestors) want to create trouble in Delhi. That’s why they have closed the roads. That’s why they have created a riot-like situation here. We have not pelted any stone. Till US President is in India, we are leaving the area peacefully. After that, we won’t listen to you (police) if the roads are not vacated by then," the BJP leader told the crowd. Why Citizenship Amendment Act+NRC Raise Fear And Concerns: A Multi-Dimensional Take.

Hundreds of women blocked a road near the Jaffrabad metro station which connects Seelampur with Maujpur and Yamuna Vihar on Saturday evening in protest against the CAA. Their sit-in continued on Sunday. In view of the protest, entry and exit gates of the Jaffrabad metro station were closed. Shaheen Bagh has become an epicentre of anti-CAA protests being held in several parts of the country.