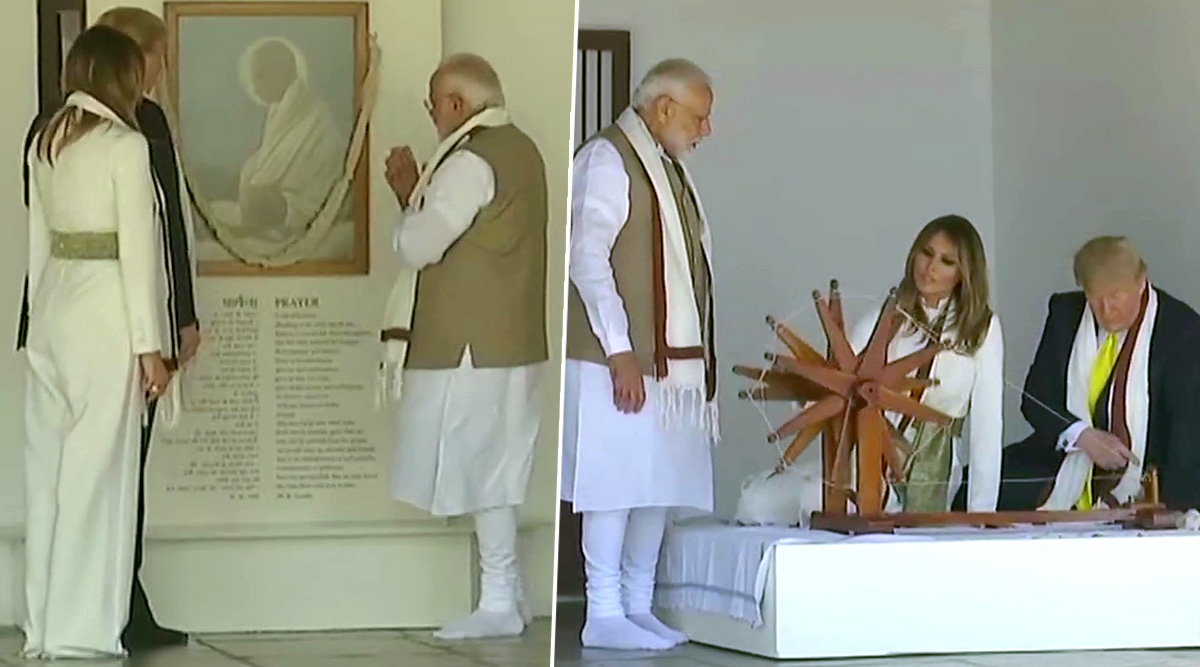 Gandhinagar, February 24: Prime Minister Narendra Modi, United States President Donald Trump and First Lady Melania Trump visited the Sabarmati Ashram in Ahmedabad, where India's father-figure Mahatma Gandhi had spent a major portion of his life. The 15-minute visit witnessed Modi taking the Trumps through the ashram and briefly explaining them about the intriguing aspects of the place. Stay tuned here for the live news updates of Trump's India visit.

Before entering the ashram, the visiting dignitaries, along with PM Modi, adhered to the guideline of removing footwear before entering inside. The two heads of state subsequently garlanded a portrait of Mahatma Gandhi in the ashram. Modi then explained the Trumps about the

charkha" or the spinning wheel, which was used by the Mahatma and his followers to spin their own clothes.

After visiting the Sabarmati Ashram, the Trumps and Modi left for the Sardar Vallabhbhai Patel stadium in Motera, where they are scheduled to attend the 'Namaste Trump' event -- styled on the lines of 'Howdy! Modi' held in Houston in September last year. Enroute, they would be leading a 22-kilometre roadshow, in which the US President expected "millions" to turn up.