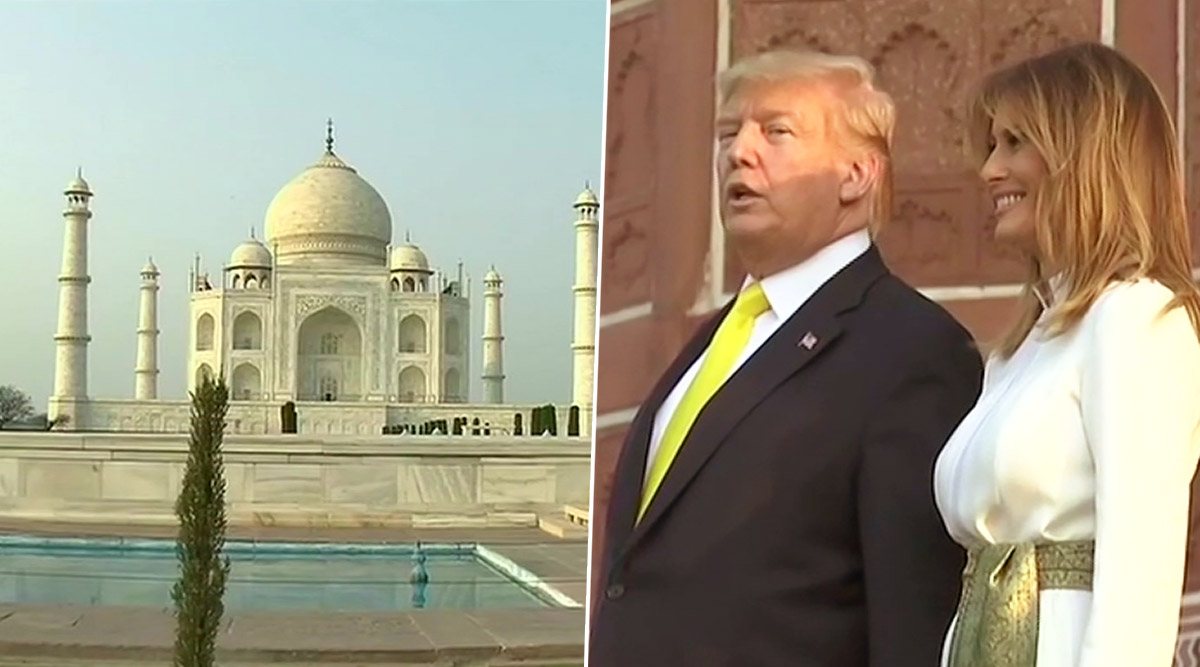 In the visuals which emerged from Taj Mahal, the President and First Lady were seen walking around the Mughal-era architecture. They were accompanied by a top government-appointed guide. The Trumps also posed for photograph in front of the heritage site, with photo-journalists from across the world lining up to click them.

Video of Trump and Melania at Taj Mahal

Taj Mahal, a 17th century structure, was built by Mughal emperor Shah Jahan in memory of his wife Mumtaz Mahal. Listed among the seven "wonders of the world", it was chosen as one of the stops in the 36-hour maiden visit of President Trump to India.

In the visitors' book, Trump wrote: "The Taj Mahal inspires all. A timeless testament of the richness and diverse beauty of Indian culture. Thank you India."

The Trumps would witness the sunset over the banks of Yamuna from the Taj Mahal. After their visit to the historical monument, the President and First Lady would fly to New Delhi -- where Indian President Ram Nath Kovind has scheduled a banquet dinner for the visiting dignitaries.

The two-day visit of Trump to India began earlier today, when the President, First Lady, their daughter Ivanka Trump, son-in-law Jared Kushner and other members of the US delegation landed in Gandhinagar, the capital of Prime Minister Narendra Modi's home-state of Gujarat. They visited the Sabarmati Ashram, followed by a joint address of Modi and Trump at the Motera Stadium in Ahmedabad.