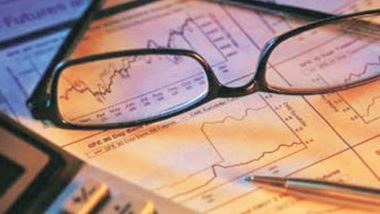 New Delhi, January 5: Foreign portfolio investors (FPIs) began the year with profit booking as they withdrew a net sum of Rs 2,418 crore from the Indian capital markets in the first three trading sessions of January.

As per latest depositories data, Rs 524.91 crore was pulled out of equities and Rs 1,893.66 crore from the debt segment between January 1-3. This resulted into a cumulative net outflow of Rs 2,418.57 crore. Economic Slowdown in India Continues as FPI Pulls Out Rs 5,920 Crore From Capital Markets in August.

In 2019, FPIs invested a net sum of Rs 73,276.63 crore in the domestic markets (both equity and debt). Barring January, July and August, FPIs were net buyers for rest of the months in the year gone by.

Umesh Mehta, head of research at Samco Securities said that "given the massive rally of previous year, FPIs have started booking profits in 2020. It is likely that they are building up their war-chest to enable buying in huge quantities just before the Budget in February." Himanshu Srivastava, senior analyst manager research at Morningstar Investment Adviser India, said "there was an apparent cautiousness" among FPIs.

This could be attributed to some of the negative trends such as political issues in India, re-emergence of trade war between US and China and continuing slowdown in the Indian economy. Besides, year-end profit booking by FPIs could also be one of the factors for relatively low net inflow, he added. Manmohan Singh Blames 'Mismanagement' by Modi Government For Economic Slowdown, Urges Centre to Shun Vendetta Politics.

Ajit Mishra, VP research at Religare Broking Ltd, said, "FPIs were net sellers as they booked profits at higher levels. Going forward, if geopolitical tension between US-Iran escalates further, it could restrict FPI flows." However, in the long term, FPIs remain confident about the Indian markets as they are anticipating positive measures and reforms would continue to aid economic recovery, Mishra added.