Job Scarcity in Maharashtra? 7,000 Including Graduates Apply For '13 Waiter Jobs' at Secretariat Canteen 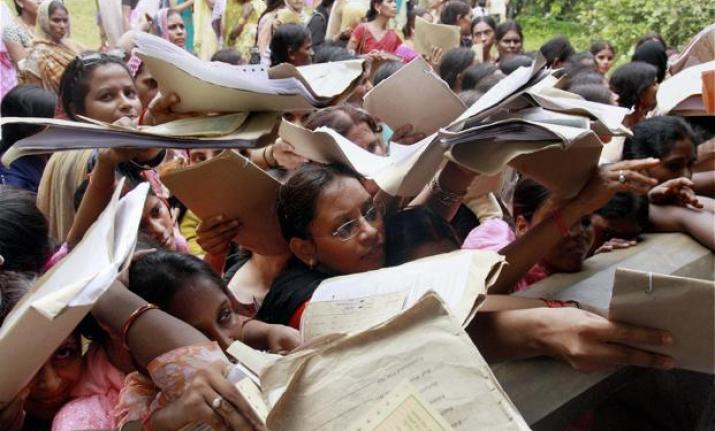 Mumbai, January 22: In what signals the alarming situation of unemployment in Maharashtra, the recent advertisement issued by the government for 13 waiter posts at the Maharashtra Secretariat has been responded to by over 7,000 aspirants. What further gives an insight into the job scarcity, is the fact that many among the applicants are graduates -- while the minimum educational requirement is merely Class 4-pass.

"The exam formalities got completed on December 31 and currently the joining process is on. Out of the 13 selected applicants, eight are men and the rest women. Two-three people are yet to submit their documents and officially join," a government official said. Unemployment Biggest Problem Facing the Country, Says Union Minister Nitin Gadkari.

The official informed that the age group of selected applicants was between 25-27 years.

Slamming the state government over the induction of graduates as waiters in the Mantralaya canteen, Leader of Opposition in the Legislative Council Dhananjay Munde said ministers and secretaries should be ashamed of taking the services of educated individuals.

"Seven thousand applicants for merely 13 posts is a blatant example of the employment conditions in the country and Maharashtra. It is unfortunate graduates were selected for the posts when the eligibility criteria was Class 4 pass," the NCP leader said.

He sought to know how would ministers and secretaries feel taking food, tea and snacks from double graduates. Instead of being shameful about this, the government will term it a part of the state's progress, Munde claimed.

Questioning Prime Minister Narendra Modi on providing employment to over two crore people in his tenure, Munde said, "Recently in Maharashtra, 10.5 lakh people had applied for 852 vacant police posts. Similarly, one crore unemployed youth applied for 10,000 posts in the railways."

He said in 2018, one crore people lost their jobs, out of which 65 lakh were women, adding that programmes like Make in India, Make in Maharashtra, Skill India were failures.

Munde said decisions like demonetisation and GST had finished small and medium industries which, in turn, had led to an increase in unemployment.